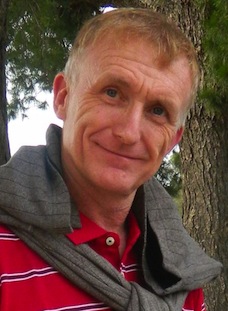 David Suter received the BSc degree in applied mathematics and physics (The Flinders University of South Australia 1977), the Grad. Dip. Comp. (Royal Melbourne Institute of Technology 1984), and the PhD degree in computer science (La Trobe University, 1991). He was a lecturer at La Trobe from 1988 to 1991, and a senior lecturer (1992), an associate professor (2001), and professor (2006-2008) at Monash Univer- sity, Melbourne, Australia.

Since 2008, he has been a professor in the School of Computer Science at the University of Adelaide. He was until December 2013 the head of the School of Computer Science. He served on the Australian Research Council (ARC) College of Experts from 2008-2010. He is on the editorial board of the International Journal of Computer Vision. He has previously served on the editorial boards of Machine Vision and Applications and the International Journal of Image and Graphics. He was a general cochair of the Asian Conference on Computer Vision (Melbourne 2002) and is currently cochair of the IEEE International Conference on Image Processing (ICIP 2013). He is a senior member of the IEEE.

Prof. David Suter and Dr Tat-Jun Chin have been awarded a 3 year ARC Discovery Grant valued at $330,000. This project will improve image analysis to apply such applications as 3D street-scape reconstruction, synthetic inserts into video for special effects, autonomous navigation, and scene understanding. It will do so by maximally exploiting the geometry of […]

ACVT has been awarded $210,000 through the ARC Linkage Infrastructure and Equipment Facilities (LIEF) program to further develop its Machine Learning capacity. Machine learning is responsible for many recent advances in image-based information analysis, from finding minerals in satellite images, to image-based guidance of autonomous vehicles. This progress is due to new methods for learning […]

ACVT has been awarded an ARC LIEF Grant valued at $210,000. The funding will facilitate the acquisition of equipment and infrastructure to support the ACVTs work in Machine Learning. The CIs on the project are Prof. Anton van den Hengel, Prof. Ian Reid, Prof. David Suter, Dr Anthony Dick and Dr Chunhua Shen. Machine learning […]

Congratulations to Anton van den Hengel, Ian Reid, Anthony Dick, TJ Chin, Chunhua Shen and David Suter! Well done on the following ARC 2013 grants that were recently awarded: Prof Ian Reid and Dr Anthony Dick have secured $358,000 of ARC funding over the next three years for the below DP: Title: Recognising and reconstructing […]

The IEEE Conference on Computer Vision and Pattern Recognition is one of the top 2 in the field and had an acceptance rate this year of 24%.  4 papers accepted is a great result for the group. The papers are; Sharing Features in Multi-class Boosting via Group Sparsity, Sakrapee Paisitkriangkrai, Chunhua Shen, Anton van den Hengel Non-sparse […]

Two papers in the latest PAMI

ACVT researchers have 2 articles in the latest IEEE Transactions on Pattern Analysis and Machine Intelligence from April 2012 (vol. 34 no. 4).  PAMI is the best journal in the field. The papers are; Accelerated Hypothesis Generation for Multistructure Data via Preference Analysis, Tat-Jun Chin, Jin Yu, David Suter,http://doi.ieeecomputersociety.org/10.1109/TPAMI.2011.169 UBoost: Boosting with the Universum, Chunhua Shen, Peng […]

Prof. David Suter has been awarded a 3 year ARC Discovery Grant valued at $300,000. Computer vision has applications in a wide variety of areas: security (video surveillance), entertainment (special effects), health care (medical imaging), and economy (improved automation and consumer products). This project will improve the accuracy and reliability of such applications. Advances will […]

Congratulations to Anton van den Hengel, David Suter, Anthony Dick, and Henry Detmold, who were recently awarded a major grant for ‘Accelerating Australia’s large scale video surveillance research programmes’: The research to be conducted using this infrastructure will bring immense benefits to Australia in terms of increased levels of public safety and in the protection […]

Prof. David Suter (Then of Monash University) along with Associate Prof. B Vo has been awarded a 3 year ARC Discovery Grant valued at $235,000. Reliable real-time visual multiple-object tracking techniques will open up new applications that enhance the quality of life such as driving safety, traffic monitoring, home security, security and surveillance of public […]

Prof. David Suter (then of Monash University) and Professor A Bab-Hadiashar have been awarded a 4 year ARC Discovery Grant valued at $422,000. Electronic sensors such as cameras and lasers can provide a rich source of information about the position, shape, and motion of objects around us. However, to extract this information in a reliable, […]

This entry was posted in People and tagged academic-staff. Bookmark the permalink.