Why you don’t actually suck at maths: a Q&A with Dr Lewis Mitchell 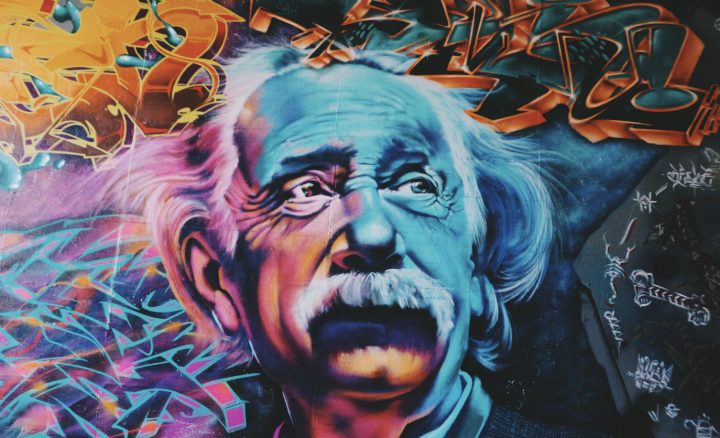 It’s always the same conversation at parties when Dr Lewis Mitchell introduces himself as a mathematician. There is always someone in the room that says:

“I sucked at maths” or “I just don’t have a maths brain”.

These common throw-away comments are ones that Lewis believes to be untrue.

Listed as one of Australia’s Top Thinkers by the Conversation AU, Dr Lewis Mitchell is far removed from the generic stereotype of a mathematician. He has a key interest in online social activity and how data can be used to understand how humans behave.

We sat down with Dr Lewis Mitchell to debunk the “maths brain” myth, discuss what it means to have a growth mindset, and find out why people might actually be better at maths than they think.

This is how our conversation went:

Q:  Why is there no such thing as a “Maths Brain” even though people are so convinced it’s a thing? Surely groupthink makes it a fact, no?

Dr Lewis Mitchell:
There’s no such thing as a “maths brain” in the same way as I don’t think there’s a “concert pianist brain”.

Becoming a mathematician is exactly the same as becoming a concert pianist –  nobody has ever done it without putting in hours and hours of practice. I wasn’t born good at maths, I just enjoyed doing it, and then did a lot of training. It’s exactly the same as playing the piano – nobody really enjoys playing scales, but if you do enough of them you get a certain muscle memory for the process, and that frees your mind up to think about “playing music”. But it only comes after a lot of practice.

The only difference is: playing music is perceived to be fun, cool, artistic, and conjures up images of rock stars and musicians. On the other hand, we’ve ended up thinking that maths is somehow not similarly creative – effectively that it’s all about “playing scales”. This is not actually the case, and is a perception that we should try and change.

Q:  Can you explain the difference between a fixed mindset and a growth mindset?

Dr Lewis Mitchell:
Fixed mindset is that you have a “maths brain”, and you’re either good or bad at something, and nothing will change that. This is a pretty depressing thought! I prefer to have a growth mindset — that any problem is an opportunity for me to learn something new, and that in doing so it’ll make me stronger.

Q:  In a nutshell, what does a mathematician actually do?

If you think about it, it’s pretty similar to writing a history essay (say): take the topic of the essay, start asking questions to break it down: Why did X happen? What did it lead to? What were the factors driving Y? Do I have evidence for that? Then you might appeal to some historical theory to tie it all together, and you end up relating everything back to the original question in the conclusion.

So if you think about it, if you were good at writing essays at school, it probably means you’re good at taking a question, abstracting it somewhat, and solving it.

So, I think you’re actually pretty good at maths! 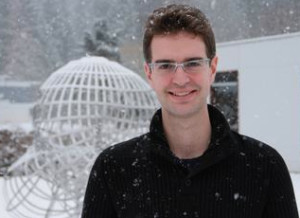 About Dr Lewis Mitchell
Dr Lewis Mitchell is a Lecturer in applied mathematics at the University of Adelaide.
His research interests are in event prediction using open data, social networks, computational social science, human dynamics, as well as the mathematics of weather and climate, particularly ensemble-based data assimilation techniques.