A global citizen making a better world for women 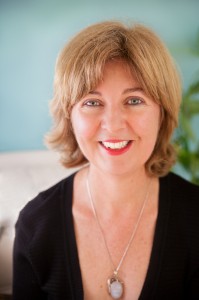 Jane Sloane sees herself as a ‘citizen of the world’ and while she has called many corners of the globe home, she firmly holds onto her Australian identity.

Graduating with a Bachelor of Arts from the University of Adelaide in 1985 and later completing a Masters in Peace and Conflict Studies at the University of Sydney, Jane has become a driving force for the rights of women and girls all over the world.

A prolific writer – commenting through her blog on topics of social change and global engagement, as well as her own personal journey, Jane is about to publish her first book, Citizen Jane – transformative citizenship in a globalized world.

“Everyone has a natural form, for me writing was a touchstone for a lot of deep feeling that I had.”

The book, which she started writing five years ago, will be the first publication on her own press – and Jane says California Girl Press will go on to support others writing about social change.

In her book, Jane tells her own story – what it has been like to be a participant in the rise of a global women’s movement and a global citizenship movement, and the opportunities and challenges inherent in this momentum for social change.

“I talk about the programs that are making a difference to women and girls realizing their universal human rights, and the role of men in supporting this work,” says Jane.

“There’s also my parallel spiritual journey, and I reflect on what this path has meant for me.

“I hope the book can be an opener for a broader dialogue and conversation which will make a difference in the longer term – the conversations that people have in their homes and in their communities that will lead to agitating decisions makers, politicians and policy makers to change things for women in a way that’s really profound.”

And Jane’s own contribution has profoundly affected the lives of women all over the world, most recently in her role as Vice President of Programs with the Global Fund for Women.
Jane moved to San Francisco in September last year to take up the role having previously worked in New York as Vice President of Development with Women’s World Banking.

The Global Fund advances the human rights of women and girls worldwide by supporting and funding trailblazing and high impact women’s rights organizations and women leaders who are developing and scaling programs to transform the lives of women and girls, their families and communities.

“I had known about the Global Fund for Women for many years – many of the women’s rights organisations I worked with in Pacific countries were recipients of the Fund so I had seen the difference it had made first hand,” says Jane.

Jane had also jumped at the opportunity to work with Dr. Musimbi Kanyoro, President and CEO of the Global Fund, referred to by some as “the female Dalai Lamai” and who inspires Jane with her “magnetic, inspiring and magical leadership.”

“It was a hard decision to leave New York – I think anyone living there has this feeling of it being the centre of the universe,” Jane says.

“I have such beautiful access to nature in Sausalito and because of the Silicon Valley connection, there’s a lot of creativity and innovation there.”

In her role, Jane is responsible for the Global Fund’s programmatic work that extends to every corner of the globe, as well as the higher level strategic thinking which includes asking critical questions about the impact the Fund can make in terms of women and girls achieving their full human rights.

“We have to be prepared to look at the long term – changes to legislation and policies; then to look at the change to lives of women and girls on the ground,” Jane says.

“We need to look at where to best direct our work – should we be prioritising geographic regions or thematic issues; what do we need to do to support these organisations in a new digital era, so that they’re better connected and so that they’re able to adapt programs that are working well.

“How can we be more collaborative with other NGOs and other human right’s organisations so that we’re not just perpetuating a silo approach but we’re actually sharing our approaches in what we’re learning so we’re able to accelerate and deepen our work.”

“The challenge for us now is that we’re seen by a lot of donors as an intermediary – a lot of donors want to go directly to the organisations on the ground, in-country,” Jane says.

“We really have to demonstrate our relevance – in the depth and extent of the networks we have.

“The other challenge for us is how to more intentionally involve men in our work – without taking men along with us and recognising that they are a critical part of the solution for a better world for women and girls, we’re not going to get very far along that path.”

Jane says that disseminating these messages is done in a variety of ways – some examples include assisting a Muslim women’s organisation to work with religious leaders in terms of the interpretation of the Koran or working with hip hop artists in Cambodia to get the message out about active land mines.

“Addressing attitudes towards women is one of the fundamental challenges that we have, in order to really shape a different kind of society for women and girls in the future.”

Jane’s career path across a variety of social sector organisations has equipped her well to play a lead role in overcoming these challenges. So too have many important people and experiences helped shape her personally and professionally, including her cherished mentor and veteran of the peace movement, Stella Cornelius and Nelson Mandela, whose words of advice inspired her to focus her “life’s work on conflict resolution and citizen led change.”

And her days at university in the early 1980s also helped to shape her path.

“It was totally magical – the era in which I was at university was such a free-wheeling time,” says Jane.

“It was also the physical environment – I could go to the river or the Botanic Gardens at lunchtime.

“And it was about being part of a life of the University – I loved being able to write for On Dit, and work with 5UV; to have opportunities to be a student whose voice was counted.

“Studying historiography under Hugh Stretton was such a privilege and the staff in the History and Politics department really challenged us as students.

“I came in with very strong political opinions and then did a 360 degree turn in the time I was at uni, as a result of really being encouraged to think for myself.

“The most valuable skill that I learnt from this University was how to make an argument and the analysis that underpinned that argument – those strategic analysis skills and the way to make a compelling argument are what have stood my in good stead ever since I left uni.

“Getting an Arts degree was the best decision that I could have made in my life. It certainly has led to the kind of role I have now, as a result of the skills that I learnt here.

“Having that background serves you so well for the complexity of the world – you need those skills in such a fast changing world to make sense of things.”

Find out more about Jane’s book, life and work at her website www.janeintheworld.com