Still united by drama – 25 years on

Posted on September 3, 2013 by Genevieve Sanchez 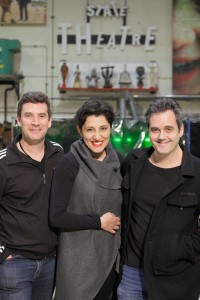 Three former University of Adelaide drama classmates have joined forces in the South Australian premiere of The Dark Room by Angela Betzien.

Director David Mealor, actor Nick Garsden and publicist Connie Kosti studied together in the late 1980s before heading off on varied career paths within the world of theatre. With their combined years of experience and a connection that has endured since their uni days, the trio are excited about bringing this spellbinding and critically acclaimed thriller to the stage for the first time in SA.

Award-winning Director, David Mealor is producing The Dark Room under his company, Flying Penguin Productions, and directing it too.

Where has work taken you?
After graduating I went to Sydney to work as an actor and I’ve been back in SA since 2000. I performed at the Sydney Theatre Company and Belvoir St Theatre and directed and produced Translations by Brian Friel as part of the Malthouse Theatre’s 2006 subscription season.

On his transition from actor to director:
I always had an interest in directing and had been encouraged by a number of people to think of that as a career. In 2003, I did a period of informal study at Flinders University as a theatre director and in 2004 received a State Government grant to test my directing capacity through working with some professional actors on a script.

The following year I directed my first production, Translations by Brian Friel under the banner of Flying Penguin Productions. It was then that I realised this is probably what I wanted to do twenty years ago. 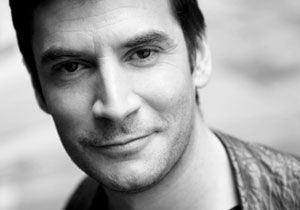 Why did you study Arts at Adelaide?
I had no idea what I was going to do when I left school. The plan was to become a teacher but I was never really that enthralled by that idea.

A few months into my first year at university I filled in on a production of Midsummer’s Nights Dream. I had such a fantastic time that I withdrew from a number of subjects knowing that the following year I was going to go back and do first year drama. Then I did second year drama before auditioning for various drama schools. I ended up with an Arts degree from Adelaide and Honours in Drama at Flinders.

What happened at the University of Adelaide that set you on your course in life?
Meeting Max Mastrosavvas (my drama lecturer) who cast me in a lead role in the first play I ever auditioned for: Dogg’s Hamlet, Cahoot’s Macbeth. Max showed interest, faith and confidence in my capacity to be interesting. It was an important validation early on and he was really good at making theatre professional but fun.

University confirmed that my experience in Midsummer’s Night’s Dream wasn’t a once off. It also confirmed for me that I needed to train to work in the theatre. I also met two artists there – Nick Garsden and Alan Hayward – who became important “artistic brothers”.

Nick Garsden also headed to Sydney after graduating where he trained at NIDA and worked as an actor and House Manager at the Sydney Theatre Company. He returned to South Australia in 2010 to complete his Honours in English at the University of Adelaide. 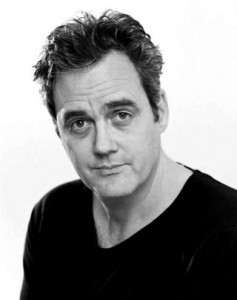 Where has work taken you?
I went on a national tour of Arcadia with the Sydney Theatre Company in 1995 which toured to SA, Tas, ACT, WA, and Sydney Opera House. I also went on several regional tours of NSW in various productions. Now back in Adelaide, I have taught at the Adelaide University Theatre Guild; and was the artist in residence at Urban Myth, teaching and directing their students.

What happened at the University of Adelaide that set you on your course in life?
My participation in a couple of amateur shows triggered my interest in theatre. Also being told by my lecturer at the time, Melinda Boston, that I should be auditioning for acting schools including NIDA. I had no idea about NIDA; I had never heard of it but I auditioned and got in.

Your greatest personal achievement?
Getting as far as Honours at university and inspiring aspiring actors to enjoy their involvement in theatre.

Connie Kosti, went down the marketing and publicity path through her business, Corporate Matters and is managing the publicity for The Dark Room.

Where has work taken you?
Around Australia facilitating and managing events, launching products and brands, and connecting people and concepts. I started at CanTeen after the regular retail jobs through uni, then worked in Government and with public and private companies before starting Corporate Matters in 2001. Very little in my career has happened by design, which is ironic as a lot of my work involves planning and gazing into the future, communicating and linking opportunities for my clients.

I’ve always been heavily involved in volunteering in a variety of sectors but predominantly performing and visual arts, and health. As much as I love my clients, it’s the pro bono work that can be really rewarding for the diversity of needs that you can help to address, as well as putting your commercial experience to good use in sectors that need support. 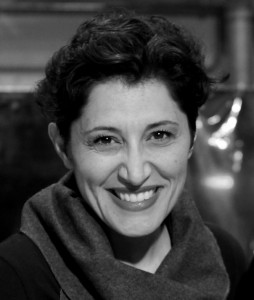 Why did you study Arts at Adelaide?
Studying Arts helped me to narrow down the fields that felt natural to me and so I began to be drawn towards communications, people, problems and solutions, which became a career in “marketing”.

It probably wasn’t until I started work that I realised how I could use the knowledge I gained through the subjects I took as a 17 year old.

What happened at the University of Adelaide that set you on your course in life?
Meeting so many people who did have, and continue to have, a significant impact in my life. It was through Drama at Adelaide that Nick, David and I met and started exploring different aspects of theatre. Over the last ten years in particular, we started weaving in and out of each others’ lives again so it’s lovely to be working together now.

I don’t think Nick remembers but he was the soldier who threw me across the stage at Union Theatre in the production of The Trojan Women…every night for two weeks or so. I don’t hold that against him though; I still believe he is one of the most talented actors I know, and in The Dark Room, he’s working with a pretty exciting Director.

Also, Uni was where I began volunteering my time to different causes – mostly health, youth and the arts. I still find pro bono work really rewarding for the diversity of needs that you can help to address by putting your commercial experience to good use in sectors that need support. Volunteering has brought me in contact with some life-changing and humbling opportunities that perhaps wouldn’t have come up as readily in a 9 to 5 environment.

Making decisions that I never would have expected to have to make in my life; realising as an adult that I had a fairly significant hearing impairment and now trying to adjust to life with a cochlear implant; but the most rewarding (and difficult) achievements or experiences would have to be my 4 year old daughter and 6 year old son – I don’t think I slept through a whole night between 2006 and 2011. There’s a great joy in trying to nurture in them a love for learning and discovery and enjoying the experiences together. They let you feel as though you’re making a difference.

This entry was posted in Alumni Profiles, Humanities and Social Sciences and tagged drama, theatre. Bookmark the permalink.