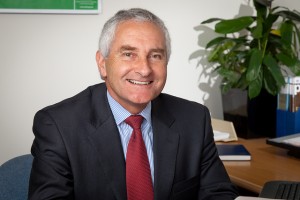 Professor Kym Anderson from the School of Economics has recently been made a member of a number of prestigious Economics groups and panels in Europe and the US.

One of France’s top institutions, The University of Bordeaux IV has appointed Professor Anderson to the Advisory Board of their new Wine Economics Group. This comes after the news that Kym has been elected to take over the Chair of the International Food Policy Research Institute (IFPRI) from the end of 2014 and has joined the Science and Policy Advisory Panel for the Consultative Group on International Agricultural Research (CGIAR) Research Program on Policies, Institutions and Markets.

The School of Economics would like to congratulate Professor Anderson on this raft of new and high profile appointments.

This story has been reproduced from the School of Economics blog, with permission.
Story by Charles Jackson

This entry was posted in Alumni Profiles, News, Professions. Bookmark the permalink.