Posted on January 29, 2014 by Genevieve Sanchez 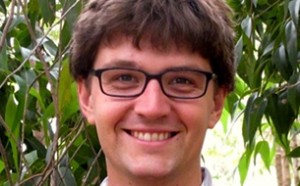 Ben Mylius has been awarded the 2013 Murray-Darling Basin Authority (MDBA) John Monash Scholarship in Water Studies and will use his scholarship to to study at an Ivy League school in the US.

Graduating from the University of Adelaide in 2011 with a Bachelor of Law with 1st Class Honours and the University Medal, a Bachelor of Arts (English), and a Diploma of Languages (French), Ben is proficient in four languages and has a record in leadership for emerging writers in South Australia.

In the US Ben intends to learn more about legal philosophy and governance, that in turn will contribute to environmental and ecosystem centred approaches to law, back in Australia.

“Winning a Monash Award is exciting because it’s the culmination of a dream I’ve had for a long time: to study at one of the world’s best universities and really challenge and extend my own thinking and understanding,” says Ben.

“Winning the MDBA-sponsored award in particular is exciting because the MDBA is an organisation that represents what I see as perhaps the most urgent and significant task for us in facing up to ecological challenges through law: deploying together high-calibre theoretical work in a way that has clear practical outcomes in the real world.”

Ben says that his experience at the University of Adelaide reinforced his belief in the huge potential that a good education creates.

“I’ve been particularly lucky to have had the chance, through the skills and relationships I developed during my time as an undergraduate, to teach at the Law School and at Wirltu Yarlu Indigenous Unit (and will be teaching again in first semester before I head away),” he says.

“The Law School faculty, and in particular Paul Babie, Peter Burdon and Matthew Stubbs, have gone well beyond the call of duty for me many times, and their support has made the shift from student to colleague as positive as it could be, and again, really invigorated me to think about how good education works from both sides of the lecture theatre.”

Excited about starting study in the US in August this year, Ben says he is looking forward to immersing himself in the US Socratic experience, and having the chance to work amongst some really impressive and progressive legal minds.