Aerospace engineer writes his way into a skirmish 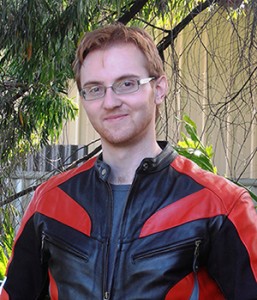 An interest in paintball combined with a Mechanical and Aerospace Engineering degree have created interesting career opportunities for 2013 graduate Daniel Springham.

Following graduation, and in no rush to head overseas in pursuit of an aerospace career, Daniel moved on to study a graduate diploma in teaching and has recently penned his first book, The Skirmish, an action-packed combat fiction novel.

Daniel’s future students will no doubt benefit from his broad range of talents and interests as he now pursues a career as a secondary teacher.

“Using my engineering experiences to improve my students’ learning during a teaching placement was extremely rewarding for me,” he said.

“Taking a real-life engineering problem, breaking it down into components that high school students can understand, and
finding they can solve it collaboratively is a very satisfying experience.”

Reflecting on his time as a University student, Daniel says it taught him how to harden up.

“My honours year was the toughest time in my life – physically, mentally, and emotionally – but with the support of the University staff and the proper motivation (including gratuitous amounts of Farmers Union Iced Coffee), the experience showed me just how much I can accomplish,” said Daniel.

“There is nothing more satisfying than standing up on graduation day thinking, ‘I’m damn glad I put in that extra effort’.”

Daniel’s inspiration to write his first novel goes back to high school when he took part in his first paintball skirmish. On the drive home, his dad made the passing comment, ‘maybe you should write a book about paintballing’ and to his father’s surprise, Daniel took him literally.

“I’ll also admit that my love for Call of Duty and all things militaria played a big part in my motivation. So, for the next two-and-a-bit years at school, lunch times were spent typing up a short novel called Skirmish,” he said.

Describing his writing style, Daniel says, “First and foremost, I want anything I write to be fun – I know a good story is only half of the equation; a well-considered, poetically-balanced writing style also maketh the book… that and lots of guns, explosions, car chases, and government conspiracies.”

Daniel is currently working on two books: a sequel to The Skirmish, which promises to have “more action, shooting, blood, and mayhem…” and a children’s book. 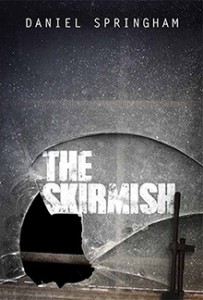 Daniel’s debut novel, The Skirmish, is an action-packed combat fiction. It follows the adventures of four friends who find themselves in the middle of a struggle between a retired Colonel and an elite militant faction, eager to seize the United States Marine Corps biggest arms shipment to date. Their action-packed journey takes them from the heart of Montana, across the Atlantic ocean, to the arid sands of Kirkuk, Iraq, where more than just a weapon snatch-and-grab is playing out…

Published by Bounce Books, The Skirmish is available in September at all good book stores.

This entry was posted in Alumni Profiles, Engineering, Maths and Computer Science and tagged author, teaching. Bookmark the permalink.