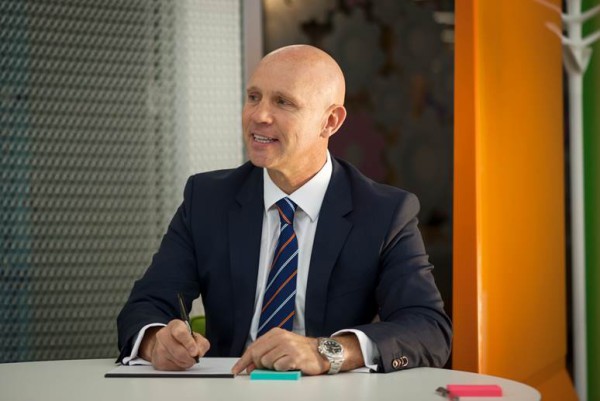 Since graduating with a Master’s Degree in Business Administration from the University of Adelaide in 2004, Donald McGurk has become a successful business leader following a diverse career in manufacturing operations. He is now Managing Director and CEO at Codan Limited, a company that specialises in the design, manufacture and marketing of electronic communications equipment for high frequency (HF) radio, metal detection and mining productivity.

Donald joined Codan Limited in 2000 bringing with him an extensive background in change management applied to manufacturing operations after holding senior manufacturing management positions in several industries. From 2005 until 2007 Donald held executive responsibility for sales of the company’s communications products, and from 2007 to 2010 he had executive responsibility for the business performance of the company’s HF radio products until his transition into the role of CEO in 2010.

Codan Limited has a strong historical connection to the University of Adelaide as it was established by three entrepreneurial University graduates Alastair Wood (B E Mech 1954), Ian Wall (B E 1955) and Jim Bettison (B A (Hons) 1961) in 1959. Originally named ‘Electronics, Instrument and Lighting Company Limited (EILCO)’ the goal of the business was to tackle a range of challenges in electronics engineering.

Graduates who are interested in hearing about his tips for success will be able to join Donald for breakfast on 14 September 2016 as part of the Adelaide Alumni Breakfast Series.

“I’m happy to share my business journey and the lessons learned along the way and in particular, the attributes of successful leaders”, said Donald.

Find out more or register for this event

This entry was posted in Alumni Profiles and tagged alumni, business, graduate, manufacturing. Bookmark the permalink.