Leading the way for a greener future

Posted on September 22, 2016 by Alexandra Govan 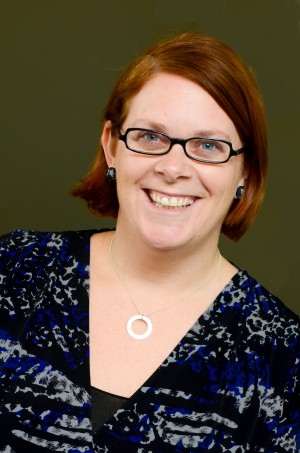 Sandy Pitcher (BA 1995, LLB 1997) is leading the way for Adelaide to become the world’s first carbon neutral city. One of the top female public servants in South Australia, Sandy is the Chief Executive of the Department of Environment, Water and Natural Resources (DEWNR).

During the Conference of Parties, COP 21 in Paris, Sandy was part of the South Australian delegation led by the Premier and Lord Mayor who made the commitment to a greener future for South Australia.

“It is really rewarding to lead the government’s work on climate change in a world where people are looking to South Australia’s leadership,” she says.

“We were one of the first governments in the world to commit to zero net emissions by 2050, and we took our pledge and plan for Adelaide to be the world’s first carbon neutral city.”

As the head of DEWNR, Sandy relishes working on public policy issues she cares about and where she can make a difference.

“The Department of Environment, Water and Natural Resources has the lead for so many issues that are integral to the state – from the Murray Darling Basin Plan and the health of our Murray River, through to addressing the challenges of climate change in our community and the health of our parks and nature.”

Sandy was previously the Deputy Chief Executive of the Department of the Premier and Cabinet and has more than 14 years of experience in the senior ranks of the public service in South Australia, Canberra and the United Kingdom.

Looking back to the start of her career, Sandy says she was unaware of the vast range of opportunities that existed in the public sector.

“I have worked in State, Federal and international public sector organisations on policy as diverse as the National Disability Insurance Scheme, violence against women, and the national productivity agenda.”

Sandy holds degrees in humanities and law from the University of Adelaide and credits her time there with building her skills in constructing lines of argument, researching information and speaking to groups.

Sandy says following your heart will pave the way to a successful career.

“If you have a passion, follow your heart and career success will follow. Consider the style of work, not just the content – if you love people, a solo researching role might not make you happy, even if you like the area you are researching.”

Sandy is the guest speaker at the November Alumni Breakfast Series.

This entry was posted in Alumni Profiles and tagged alumni, government, humanities, law. Bookmark the permalink.