Posted on February 6, 2017 by Alexandra Govan 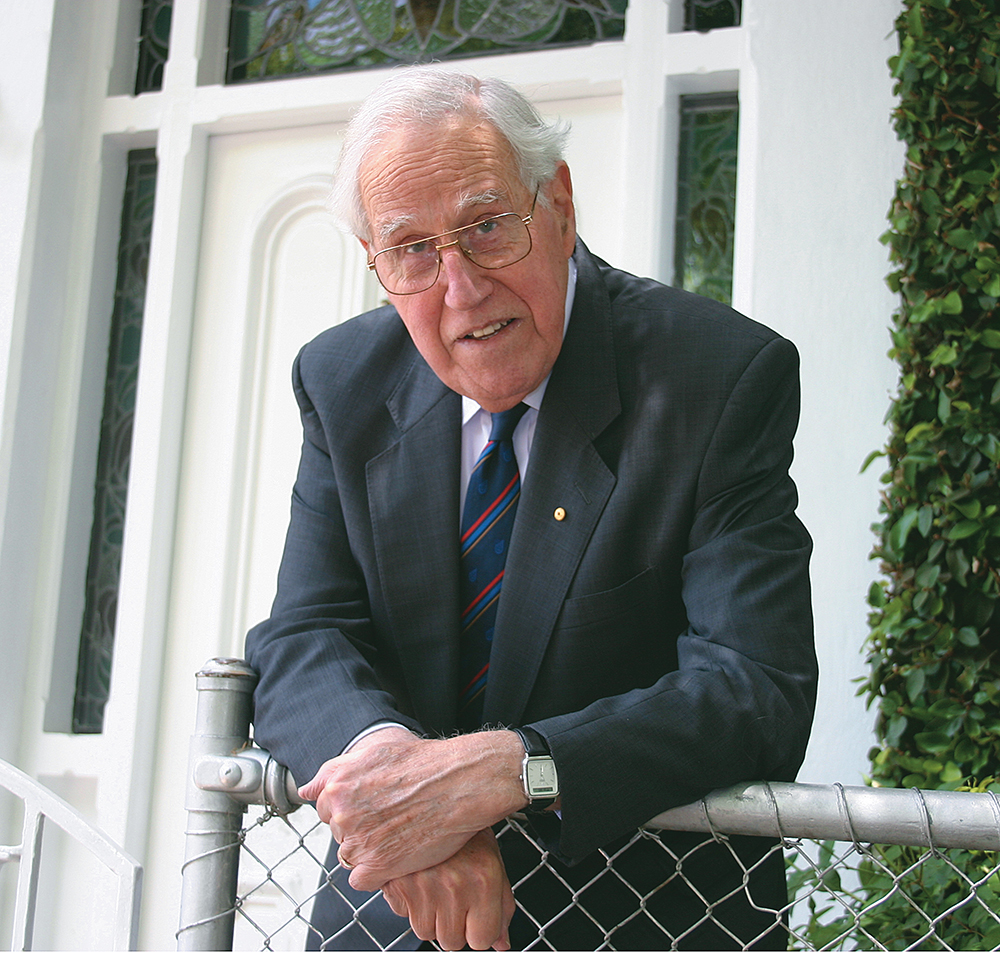 One of Australia’s greatest medical pioneers and distinguished graduate from the University of Adelaide, Dr Basil Hetzel was renowned for his outstanding achievements in major aspects of public health and clinical medicine.

Since graduating from the University with a Bachelor of Medicine in 1944, Dr Hetzel made a difference to the lives of millions with his discovery that iodine deficiency was the cause of severe brain damage among Papua New Guinean highlanders. Global prevention of this problem became his life’s work, leading to salt iodisation programs in about 90 countries and the protection of millions of children.

His work has seen him honoured around the world and in 2015, the University of Adelaide presented him with an honorary degree of Doctor of the University for his distinguished service to medical research in South Australia and, more broadly, to society. At the ceremony Vice-Chancellor and President Professor Warren Bebbington said;

He has an extensive list of over 200 scientific publications and has authored or edited 19 books including “Health and Australian Society” which has sold more than 40,000 copies.  He was also author of “The Story of Iodine Deficiency – A Challenge in International Nutrition” which has been translated into French, Spanish, Chinese, Japanese and Russian.

He became Lieutenant Governor of South Australia and in 2001, the Queen Elizabeth Hospital established The Basil Hetzel Institute for Medical Research in his honour. He has received numerous other prestigious awards including the Pollin Prize for Research on Iodine Deficiency as a cause of brain damage in children.  He has served on many influential government and community bodies, previously being a member of the Central Board of Health and the SA Health Commission. 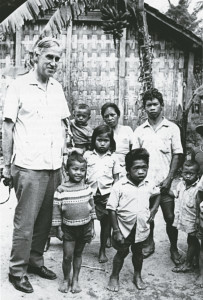 Dr Hetzel with iodine deficient adults and children in a village in central Java, Indonesia

After graduating, Dr Hetzel went on to win a Fulbright Scholarship, spending three years in New York with his family followed by a year in London at St Thomas’ Hospital. It was after his return to Adelaide, while working as the University’s Michell Professor of Medicine at the Queen Elizabeth Hospital, that he began his most influential studies of iodine deficiency in Papua New Guinea.

He established the International Council for the Control of Iodine Deficiency Disorders (ICCIDD) to increase awareness of the seriousness of iodine deficiency and to work on programs to eradicate this widespread but easily remedied condition.

Iodine Deficiency Disorder (IDD) is now recognised by WHO as the most common preventable cause of brain damage in the world with more than 2 billion people at risk in 130 countries. Last year Dr Basil Hetzel spoke to Lumen about the impact of IDD prevention;

“A global program of prevention of IDD and other childhood disorders was launched at the UN World Summit for Children in New York in 1990 which provided unprecedented political support at Heads of State level. By 2000, household usage of iodized salt had increased from less than 20 per cent before 1990 to 60 per cent in 2000, with further progress since.”

“This is regarded by WHO as a global success, comparable to the eradication of small pox and polio” he said

Find out more about Dr Basil Hetzel and his pioneering research in Lumen.