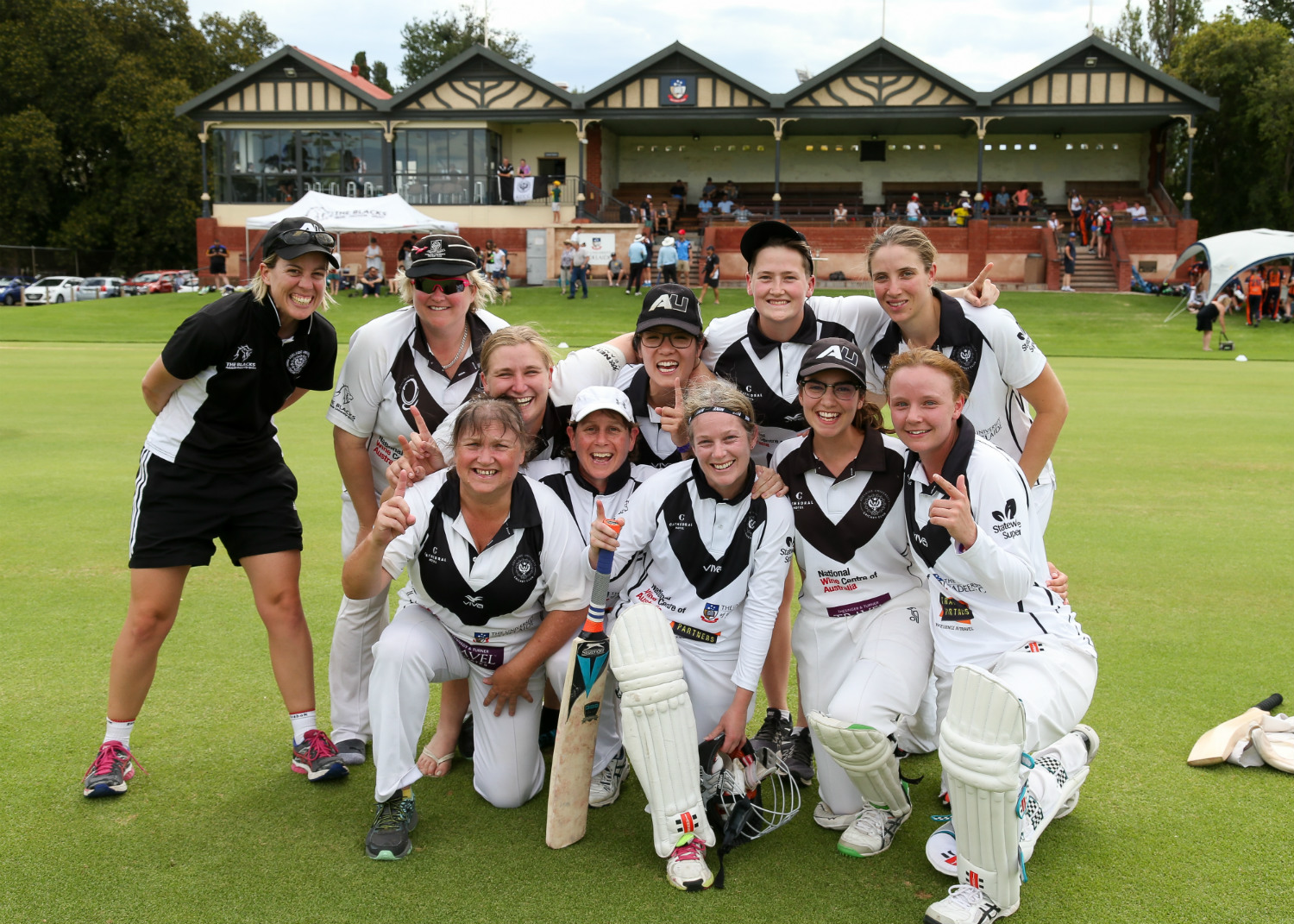 Cricket remains one of the great traditions at the University, but things do change with time. Lumen compared notes with Chris Owen, who played for the Blacks in the 1980s and returned in the ‘90s to lead them to a premiership, and Bonny Miller, current co-captain of the University of Adelaide women’s team.

How did you first become involved?

Chris: I started in the 1981/82 season. I was studying engineering and in those days the by-laws of District Cricket dictated that if you were a student of the University then it was mandatory to play for the University of Adelaide Cricket Club. Initially I was a reluctant recruit. I grew up in the western suburbs and played junior cricket for Woodville, so why would I want to go and play for the ‘silver spooners’ as we called them? After approaching the first training session with great trepidation, I soon discovered what a great club it was.

Bonny: I was still in school when I decided that I wanted to play a new sport, and being a fan of cricket I thought it would be good to give it a go. I looked online at women’s cricket teams near me, emailed the secretary of the University of Adelaide women’s team and she got back to me straight away despite the fact that I had zero experience. I started playing in October that year, aged 17.

Can you take us through a typical game day?

Chris: We arrived at the ground at 10 am, an hour before the game started. Compared to today, our preparation was pretty laid back and ad hoc. Before the game the captain talked tactics and gave a “rah rah speech.” I kept it pretty brief, there’s nothing worse than a captain who talks too much!

The first session went from 11 am to 1 pm, then we had a 40-minute lunch break. I used to just eat a few bananas, muesli bars and the like, but some blokes would dash off to the nearest deli. Afternoon tea was a more lavish affair, particularly when we played at home. The players had to bring something and as the undergrads generally lived at home, their mums usually sent along something nice. In fact, the quality of their afternoon tea contribution was sometimes used to make a line-ball team selection decision.

Sometimes the captain gave a wrap-up at the end of the day’s play. We then hit the showers and got changed. If you were playing away, you generally went into the other team’s clubrooms for one or two beers.

In the 80s and even early 90s, the club/ pub was where a lot of the social stuff got organised. There was no Facebook or even texting so things just got organised by word of mouth, very archaic but it generally worked.

Bonny: Before the game I print off the team sheet at home and will often write down some notes about strategies that Alex (our coach), Leanne (co-captain) and I have discussed during the week.

After arriving at the ground, the team often has a chat/kick of the footy for about 15 minutes. We do a general warm-up with everyone, which usually involves a fielding drill, and then Leanne and I will go to the toss at 12.30 pm for a 1 pm game. Then we do a specific warm-up based on whether we’re batting or bowling first. Just before we go on field we have a huddle where the coach and captains give some last minute tips. There’s usually a few jokes to get everyone alert and involved.

At the innings break we usually have something to eat and drink and then warm-up for bowling or batting.

After the game we often hang around for a drink, although we tend to change up what we do week to week. There have been weeks where we go out to the pub after the game – our team is really close so we love to hang out.

How did/do you celebrate a win?

Chris: Wins are a big deal in cricket. The game goes for a long time, so when you come out on top it’s a buzz and puts everyone in a great frame of mind and ready for a good night. We probably wouldn’t do anything special though, just the usual routine of the pub and then go from there.

Bonny: We don’t make a big deal about winning, especially this season it has become a bit of a luxury that we take for granted, having not lost a match. We always celebrate with a congratulatory post on our Facebook group, usually from our coach. She’ll relay some of the highlights from the game and congratulate players who played the biggest part. After winning a final we always go back to a designated house for a barbecue and a swim in the pool. All sorts of things can happen at one of these parties, from water polo to Bollywood dancing.

How did/do you commiserate a match loss? 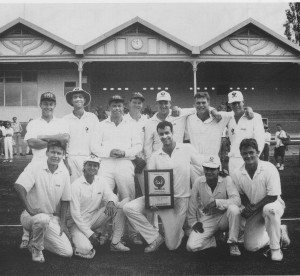 Chris Owen (front centre) and the A-grade
team he led for a premiership in 1992/93 at the University cricket ground.
Photo by Bryan Charlton

Chris: Cricketers are a very resilient bunch, you need to be given the nature of the game. The usual post-match routine would follow a loss as it would a win.

Bonny: We do similar things after a loss as after a win. We congratulate those who played well and our coach will usually have a chat to the team about what went wrong and we work out how we can fix it for the next game. We still get together after a losing a final to celebrate the season we’ve had and that we made it as far as we did.

What was/is the best thing about playing cricket for the club?

Chris: The best thing was the lifelong friendships I made. I still go to most of the club dinners, lunches, reunions, past players days etc. and watch the A-grade games whenever I can. On these occasions I get the chance to catch up with my ex-team mates. It’s amazing that the relationships and rapport are still there and we pick up without missing a beat, and still carry on like 20-year-olds!

Bonny: The best thing is simply being part of a club. Since the women’s teams have gained more attention, I have really felt part of a strong community. I could go out and get exercise anywhere but the thing that I really value is having a close team that has come together and grown so much in both our cricket and in our relationships.

This entry was posted in lumen, Winter 2018 and tagged alumni, The Blacks, University of Adelaide Sports Association. Bookmark the permalink.