A passion for airway stem cells 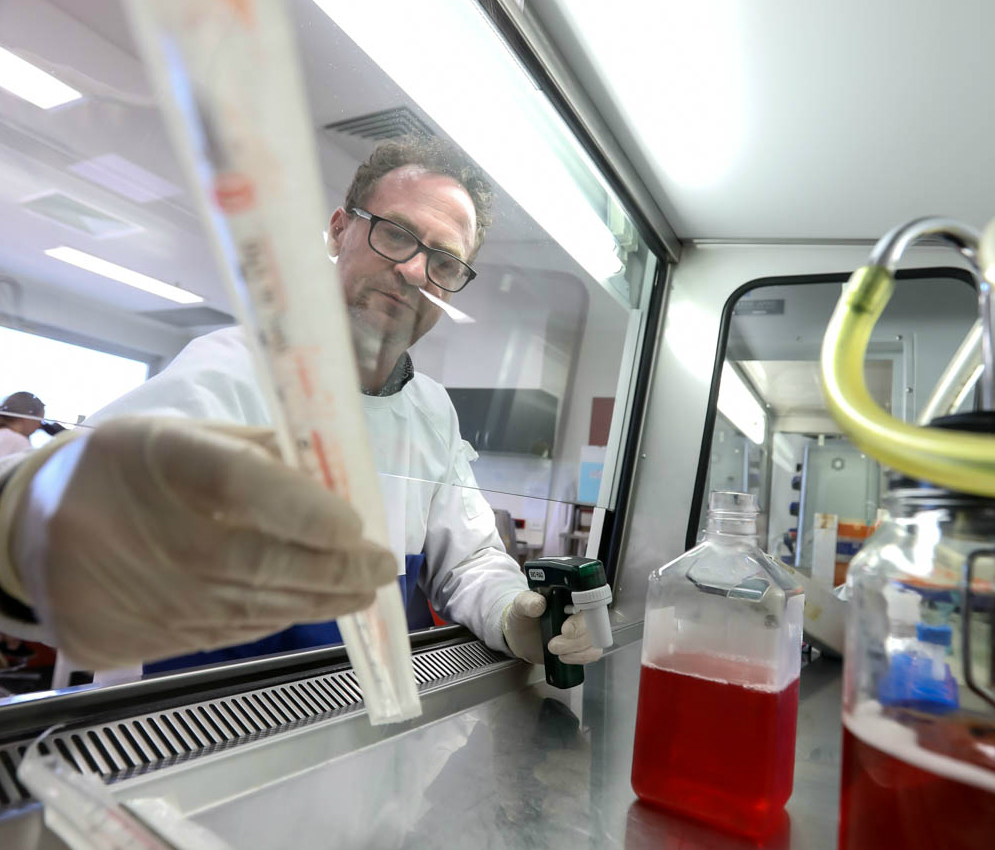 A 2018 nominee for South Australian of the Year, Dr Nigel Farrow was a professional musician until his infant daughter, Ella, was diagnosed with cystic fibrosis. After some soul searching, he decided to give up his career to study science and work to find a cure for this life-limiting disease.

Now doing post-doctoral work with the Robinson Institute’s Cystic Fibrosis Airway Research Group, Nigel initially was adamant that he wanted to study viral vectors – ways to deliver a cure to the lungs. However, as he progressed, he discovered his real passion was in the airway stem cells themselves.

His research focuses on correcting the genetic cause of cystic fibrosis (CF) at a cellular level in the airways. To achieve this, a modified virus is first used as a transport mechanism to introduce the healthy version of the cystic fibrosis gene into the airway cells.

The problem is that cells only have a given lifespan, as they are eventually lost as part of the normal cell turnover process. This means that any procedure to correct the diseased cells would need to be repeated.

So how do we combat this? “I am developing a way to target the adult stem cells,” Nigel said. “These live in the airway and sit there ready to continually replace the cells that are lost as they die off naturally. By targeting these stem cells and inserting our healthy copy of cystic fibrosis gene there, the stem cells should pass this healthy gene on to their ‘daughter’ cells.”

In a study published early this year in the journal Human Gene Therapy, Nigel reveals that he can demonstrate – by using a marker gene – that it is possible to target these airway stem cells directly.

“By using a marker gene, we have shown that these stem cells (in an animal) replenished the airway and we can see these lovely little colonies of daughter cells expressing the marker gene – it was so exciting!” he said.

In the last couple of years, Nigel has also been investigating an alternative way of treating the same cells. 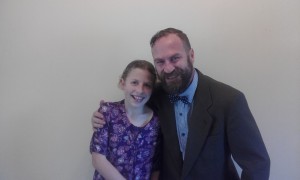 “Coming at it from a different angle, instead of leaving the stem cells where they are, we can take out those cells, apply the vector virus to deliver the healthy genes outside the body, grow up a colony, and put them back in. Essentially, we want to take airway stem cells out of a CF patient, fix them and put them back in to that same patient.”

Even though Nigel’s research is still in the animal model phase, in late 2017 he and his team successfully saw the change in human airway cells they had taken out of the body to fix. A photo of these transformed human cells was in the recent Human Gene Therapy and has since been seen around the world, creating ripples of excitement.

Does Nigel still play music? For a many years after Ella’s diagnosis, he refused to do so and sold all but one of his guitars, but things are changing. “Now that I’ve achieved something of what I set out to do, I’ve allowed myself to revisit music, and I’ve been twiddling with the guitar a bit, enjoying it a bit more … I think it’s important to have other interests—it helps us do what we do here, which can be so intense, so an interest outside work is great.”

Adult stem cells are often tissue specific and can differentiate, as needed, into the various cells that make up that tissue.

How do we obtain adult airway stem cells?
By inserting a fine brush through a tube inserted into the airway and brushing the epithelium to dislodge it. The cells are then purified and can be grown in special liquid that allows them to divide into more stem cells.

What can we do with the airway stem cells?
In the case of Nigel’s research, once the cells are obtained from a patient they can be treated with gene-addition therapy, to insert a healthy copy and replace the faulty one. The goal is to transplant the fixed cells back into the patient’s airways to correct the disease.

By using the patient’s own cells, we can prevent the immune system from being a barrier to the treatment. This has been successful with bone marrow diseases, and the team Nigel is working with is now attempting to apply these successes to the airways.