Alyce soars in the world of fashion 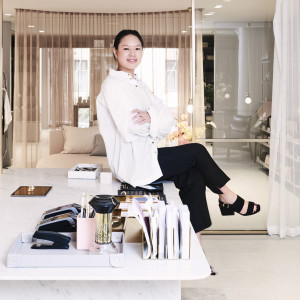 Alyce Tran was settling in well to life as a commercial lawyer when all of a sudden she took the fashion world by storm.

Alyce is the brains behind ‘The Daily Edited’ (TDE) which in 2014, started a global revolution in customisable bags and accessories. TDE has eight stores across the globe, employs more than 180 staff and has an annual turnover of $30 million.

Some would see law and fashion as poles apart, but she said the transition was not difficult.

“Most businesses at their core have the same principles. If you’re a lawyer, you have a client you have to service really well. If you’re in retail, you have customers that you have to do an amazing job for,” she said.

“Work hard and stay focused. I would take anyone in my business who is switched on, smart and motivated. Never feel like you are stuck in your chosen field. The saying that this generation will have up to seven career changes in their lifetime is true.”

Born and raised in Adelaide, Alyce was an exemplary Year 12 student at Wilderness School.

Alyce was seen as a ‘humanities girl’ from early on and encouraged to pursue a career in law. She was subsequently offered a full scholarship to Bond University. However, she was attracted by the University of Adelaide’s reputation and opted to stay in her home city and study a double degree in Law and Commerce.

With her enviable work ethic, she excelled at university and won several prizes. She recalls her time on the North Terrace campus fondly, indulging in hot chips with gravy at Mayo Café and enjoying regular catch ups with mates at the Uni Bar. The annual Law Ball also was a highlight.

After graduating in 2009, Alyce was employed as an Associate for a Court of Appeal Judge before starting to work her way up the corporate ladder. During this time, she and a colleague started TDE as a hobby that became a side business. By 2014, she was able to resign from her job as a lawyer to run the business full-time.

“I love my job. The nature of the work is really easy because I invented it. The most stressful feeling I had as a lawyer was that I didn’t know what I was doing half the time. There was so much to learn. And when I was a lawyer, I didn’t want to get anything wrong for fear of negative feedback. Now there is basically no wrong I can do,” she said.

“The biggest learning curve for me has been educating myself on how to manage a global organisation. I basically just google everything!”

Refreshingly, despite her global fashion empire and incredible success, Alyce maintains her humility. “People say it’s so nice you’re still friends with your uni mates or you’re so down to earth. I find that amusing. My job has changed but my personality hasn’t.”

Alyce works seven days a week. But she makes it work for her lifestyle, family and friends. Here is an average ‘day in the life’ of Alyce Tran in her own words.

7am: Wake up to emails from the Northern Hemisphere team. There may be critical things that have developed overnight. I find it really helps to clear out my emails before getting out of bed.

8am: Personal training every day.

8:45am: Read the Australian Financial Review and eat breakfast out every day (that’s my me time).

9:45am: Walk to work through our Bondi flagship store. I often also walk through David Jones to visit our staff and check on the visual displays.

10am: Go into the office and continue to keep my emails under control. With 180 staff and customers all over the world, this can be a challenge! Then go out to a city store to check on an installation for an upcoming promotion.

2pm: Meetings all afternoon. I’m actively involved in every single design and creative output for TDE.

6pm: Go home, have dinner with my sister who I live with. She’s a fashion editor for Harper’s BAZAAR, so she’s a fashion consultant for us at TDE. I love bouncing ideas around with her.

10pm: Wind down and watch Netflix.