An adventurer’s guide to saving the planet 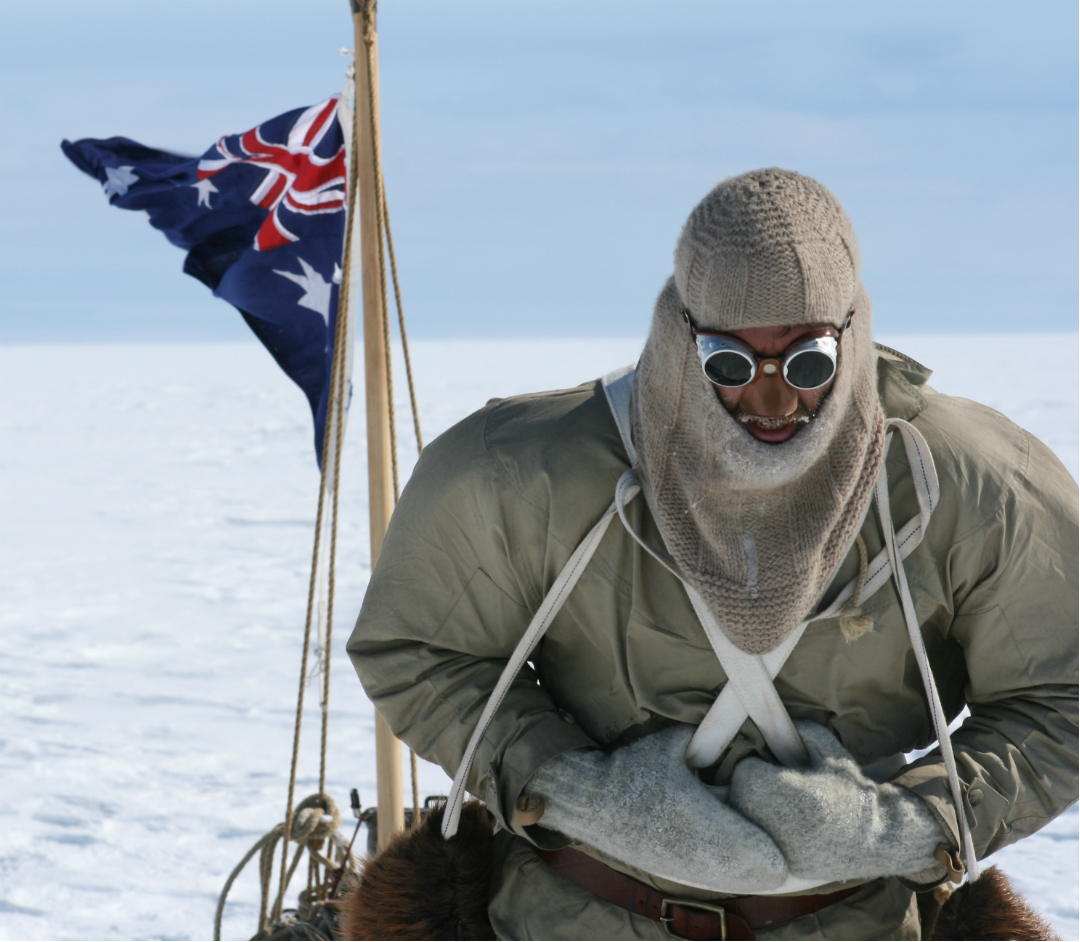 Tim Jarvis AM is living proof that you can successfully combine work and play. His passions have seen him undertake some extraordinary adventures, both for the thrill of it and to highlight the catastrophic effects of climate change.

An environmental scientist, author, adventurer and public speaker who holds a Master of Laws (Environmental Law) from the University of Adelaide, Tim has completed unsupported expeditions to some of the world’s most remote regions, including the South Pole, the High Arctic and Australia’s vast Great Victoria desert.

He has even retraced the polar journeys of the likes of Sir Douglas Mawson and Sir Ernest Shackleton using the same rudimentary equipment and rations. So what calls Tim to adventure? He says it’s a combination of the challenge, and a love of the outdoors that started in his childhood.

“I think it is the thrill of it, delving into the unknown and the feeling of being in the company of a more resourceful version of you that emerges when you set big challenges for yourself.

“At the end of the day, society relies upon adventurous souls taking a few risks to progress, whatever the discipline. This human spirit of adventure lies at the heart of artistic expression, advances in science, medicine or politics, or any other sphere you care to mention.”

Tim has worked as an environmental scientist for more than 20 years, including as a sustainability advisor on multilateral aid projects in developing countries for organisations like the World Bank and AusAID.

“My current project 25Zero uses spectacular images, human interest stories and footage of melting tropical glaciers to raise awareness about climate change among policy makers, the media and the public”, he said.

“You need to use whatever sticks and carrots you feel will work with the audience whose behaviour you are trying to influence or change.”

Tim believes that using his adventures as a vehicle to reach a wider audience works on a number of levels.

“Firstly, showcasing some of the most pristine and remote places on the planet can instil a sense of desire and urgency to want to protect them.

“Secondly, expeditions are a major exercise in organisation, leadership and endurance. So the expedition provides some great take-homes for the corporate world.

“Thirdly, the adventures I embark on are such big logistical challenges, people are interested in knowing how you take a vague concept and project manage it into reality.”

In addition to his public speaking engagements, films, books and expeditions, Tim is an environmental advocate and ambassador for Worldwide Fund For Nature and a patron of Nature Play SA – an organisation established to increase the time children spend in unstructured play in nature. He is also a board member of Zoos SA. For his services to the environment, community and exploration, Tim was conferred a Member of the Order of Australia (AM) in 2010.

For those of us who may feel a bit helpless when it comes to climate change, Tim says that every contribution makes an impact.

“Start small and build up. Make it tangible and reward yourself for the change you’ve made,” he said. “After all, if not you, who, if not now, when?”

Here are Tim’s top tips to take action at home, at work and in the community to make an impact on climate change.

TRANSPORT
Cycle to work, take public transport, fly less for work and holidays (and get carbon offsets for all your flying).

FOOD
Eat less meat and buy your produce from a local farmer’s market where the carbon footprint of the produce you buy is lower, because it has been grown locally.

ALTERNATIVE ENERGY
Install solar panels and rainwater tanks on your home if finances allow. The return on investment for solar panels is surprisingly quick.

COMMUNITY
Pick a local project that you can get involved in.