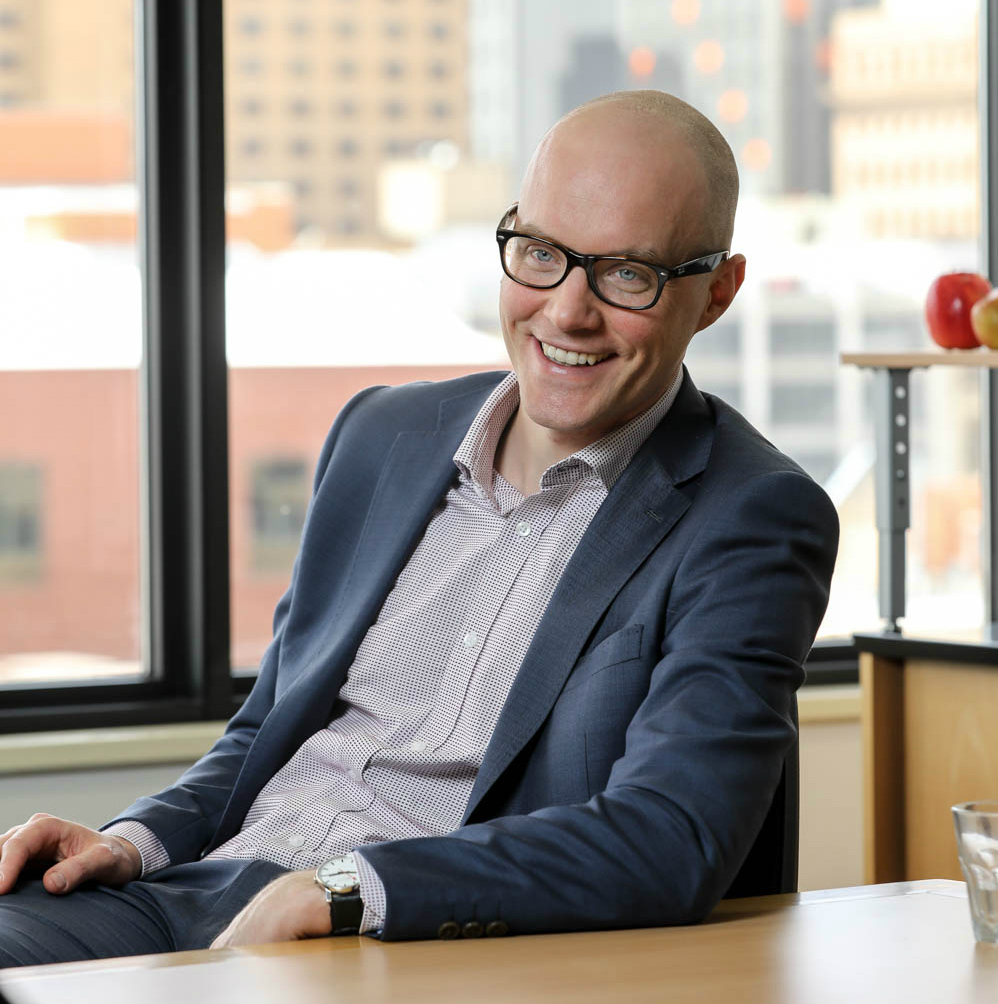 Dave Gordge has had a varied and at times demanding career as a diplomat, and it’s still early days.

In the 16 years since Dave graduated with a Bachelor of Arts, he has completed postings in Chile and Cambodia, worked as a civilian peace monitor in Bougainville, contributed to two major regional conferences of world leaders and even coordinated the refuelling stop for a Prime Ministerial plane on Easter Island.

And he speaks three languages, including the exotic sounding Tok Pisin.

Now, at 37, he is back in Adelaide as Director of the South Australia State Office of the Department of Foreign Affairs and Trade (DFAT). For a while at least.

“I’ve been very fortunate,” he said. “I would never have predicted when I was at university that this would be the path my professional life would take but I’ve loved it so far and had some great experiences.”

This wasn’t always the direction Dave’s career was going to take. He thought about Medicine and went as far as sitting the Undergraduate Medicine and Health Sciences Admission Test (UMAT) and having an interview. In the end, however, years of exposure to world affairs on the nightly news and memories of a brief but stimulating school exchange to Germany held sway.

“Science and maths were more my strengths in high school but doing that exchange made me think maybe I wanted to do something more related to international affairs and engagement between people.”

Arts was an obvious choice. Dave majored in Politics and added as many subjects as possible with an international flavour. He kept up with his German and added Spanish, which was to prove a good career move.

“Uni was great. I enjoyed myself socially and had a lot of friends. Arts gives you a reasonable amount of scope to explore and get engaged in extra-curricular activities, so I was part of the Amnesty International Club on campus for a couple of years.”

Dave pays tribute to lecturer and tutor Dr Bob Catley, a former federal MP, for really capturing his imagination. “He was quite brilliant at providing an overview of world politics – from the Treaty of Westphalia on – and the history of interaction between countries. Things that I had never been exposed to.”

Catley also first turned Dave’s thoughts towards a career in foreign affairs when he invited a former student to talk with the class about interning in an Australian Embassy.

Dave didn’t follow that route, instead taking a year off to travel and work as a volunteer in Bolivia. That improved his Spanish, consolidated his interest in international relations in general and Latin America in particular, and no doubt helped him win a position as a graduate trainee with DFAT in Canberra.

Not surprisingly he was soon appointed to the Latin America section and when he became eligible to apply for an international posting, Chile was available. First, however, his Spanish indirectly helped him get to New Guinea.

“Because I had the requisite level of Spanish and didn’t need the usual intensive language training, I was able to do other things, including a stint as a civilian peace monitor in Bougainville. I was very fortunate to have that experience as a very junior public servant.

“It was an unarmed group with military personnel from Australia, New Zealand and Fiji, police from Vanuatu, and a few civilians. My role was to talk to people in the villages about the peace process, whether they felt safe, and how rehabilitation was going for ex-combatants.”

It was here that Dave learnt Tok Pisin, which is the New Guinea version of a pidgin English that has similar versions in places such as Vanuatu and the Solomon Islands.

However, Spanish was significantly more useful in Santiago, where in 2004 he began a three-year appointment as Third Secretary, and later Second Secretary, in the Australian Embassy.

And he was thrown in at the deep end. Chile was hosting the Asia-Pacific Economic Cooperation (APEC) at the time and the Embassy hosted visits by Australia’s Prime Minister, Foreign Minister and Trade Minister (twice) in quick succession.

“It was very intense and a bit of a shock to my system but it was a good grounding in how these sorts of large international meetings work behind the scenes.”

Dave vowed he wouldn’t take another posting where he would have “an APEC type year” but ended up in Cambodia (after four years post Chile back in Canberra) when it was chair of the Association of Southeast Asian Nations and host of the East Asia Summit. This time around he “was far more prepared.”

He is delighted to be back with family and friends in Adelaide but rather fancies another overseas posting.

“Ideally I would; that’s the normal career progression. Family makes things different though. When I went to Chile I was unmarried and it was a straightforward decision. When I went to Cambodia I was married. Now there are four of of us. We’ll see what happens.”

This entry was posted in lumen, Winter 2018 and tagged alumni, Bachelor of Arts, Dave Gordge, Department of Foreign Affairs and Trade, University of Adelaide. Bookmark the permalink.