Could SA be the next Silicon Valley? 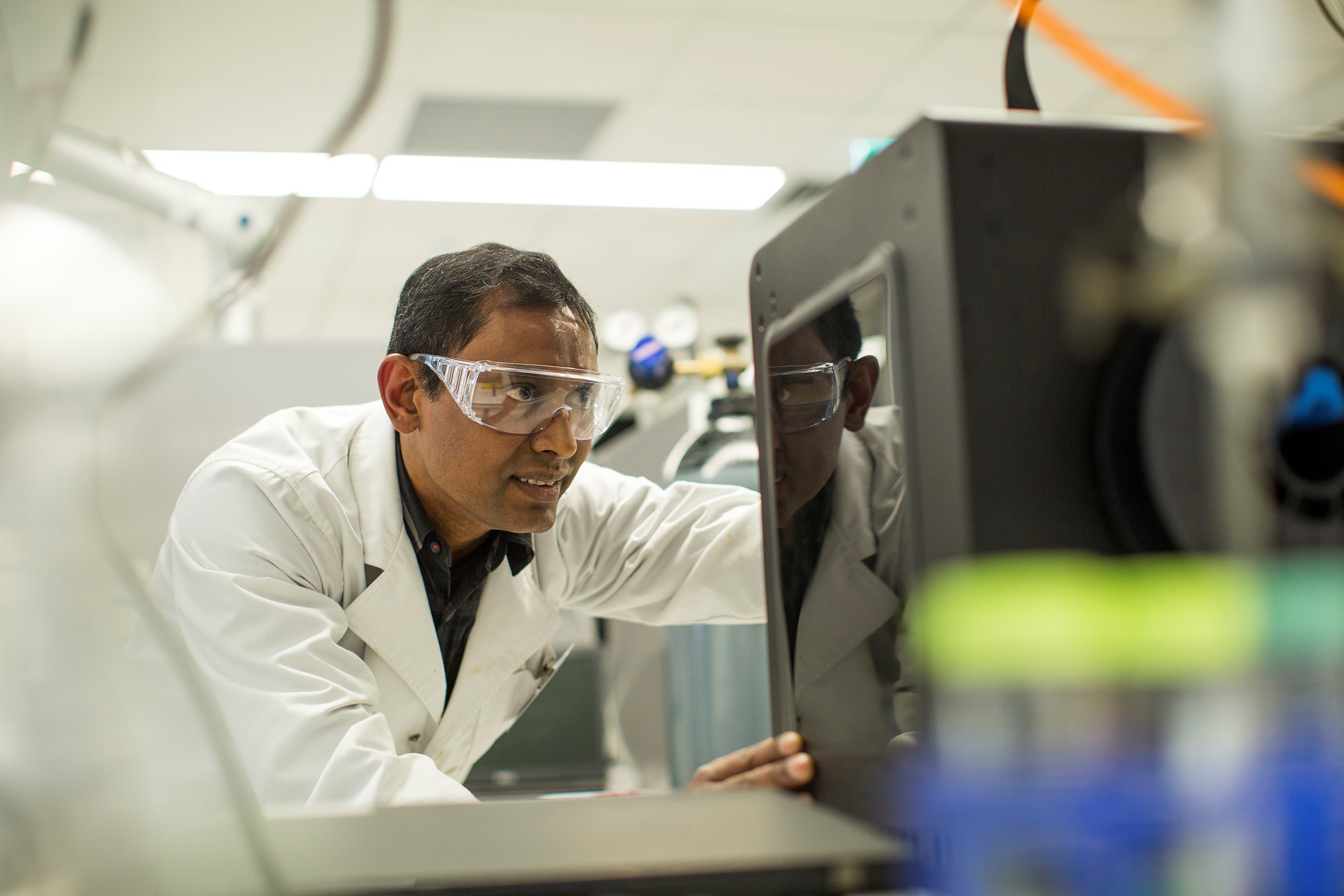 Graphene is emerging as the super material of the 21st century, with the potential to change lives and kick-start new industries in the same way that silicon did 60 years ago.

With the world beginning to understand just what is possible with graphene, the University of Adelaide is taking a lead to develop exciting commercial applications through the new Graphene Research Hub.

“Through the hub, university and industry teams work together on defined research projects focused on products or technology development that industry partners would like to bring to the market,” said hub Director Professor Dusan Losic.

Based in the University of Adelaide’s School of Chemical Engineering, the hub is funded by the Australian Government through the Australian Research Council’s (ARC) Industrial Transformation Research hubs scheme with a $2.6 million grant and industry partners contributing more than $3 million.

Graphene, which comes from graphite, has some amazing properties. It is incredibly light and flexible, yet 200 times stronger than steel. It is the thinnest material on earth (a million times thinner than a human hair),
yet it is impermeable.

It is also a superb conductor and can act as a perfect barrier; even helium cannot pass through it. This makes graphene one of the most exciting new materials in decades, leading to product innovation across a
wide number of industries.

Although scientists have known about graphene’s existence for years, it was not until 2004 that two researchers at The University of Manchester, Professor Sir Andre Geim and Professor Sir Kostya Novoselov, were able to isolate it for the first time.

Some graphene enhanced products are already to market, including flexible touchscreens, protective clothing and antibacterial materials, super-fast and long lasting capacitors and batteries, anticorrosive paints and sports equipment, such as tennis rackets.

However, Professor Losic says we are “really just at the beginning in our thinking about applications for graphene.”

He said the University of Adelaide was chosen to lead the new Hub because of its success in extracting high-quality graphene from samples of graphite, and its proven ability to attract industry investment.

“After reading an article in the local paper about South Australia [SA] having the largest deposit of graphene in Australia, it clicked in my mind that graphene could be the new gold rush in SA. I immediately contacted two local graphite exploration companies, Valence and Archer, for raw graphite samples and gave them to my team to attempt to extract graphene.

“The results were outstanding. We were able to extract high-quality graphene from these dirty black rocks.

“It wasn’t very hard to convince these two SA companies to invest in graphene research and the development of graphene production processes from SA graphite.”

To date, the Hub has made a strong contribution in the creation of new protective coatings, in pioneering the development of a new generation of fire-resistant coatings and fire retardants, in addition to new fertilisers, sound absorbers and electromagnetic and radiation shielding coatings.

Its highest commercial achievement is the development of scalable graphene production from graphite using an electrochemical process for its industry partner First Graphene.

“This industrial production of graphene with capacity of 20 tonnes/y is now in commissioning phase. Once commissioned, it will be one of world largest production plants,” said Professor Losic.

“This is significant because it means that graphene can become more readily available to local industries, which will create more opportunities for new graphene businesses and products, providing a real boost for our economy.”

Graphene comes from graphite, which is mined from the ground. It is made up of a hexagonal lattice of carbons in a honeycomb like structure one-atom thick.

South Australia has one of the world’s largest and finest deposits of graphite with >200 million tonnes, which puts our state in a strong position as a producer of graphene.