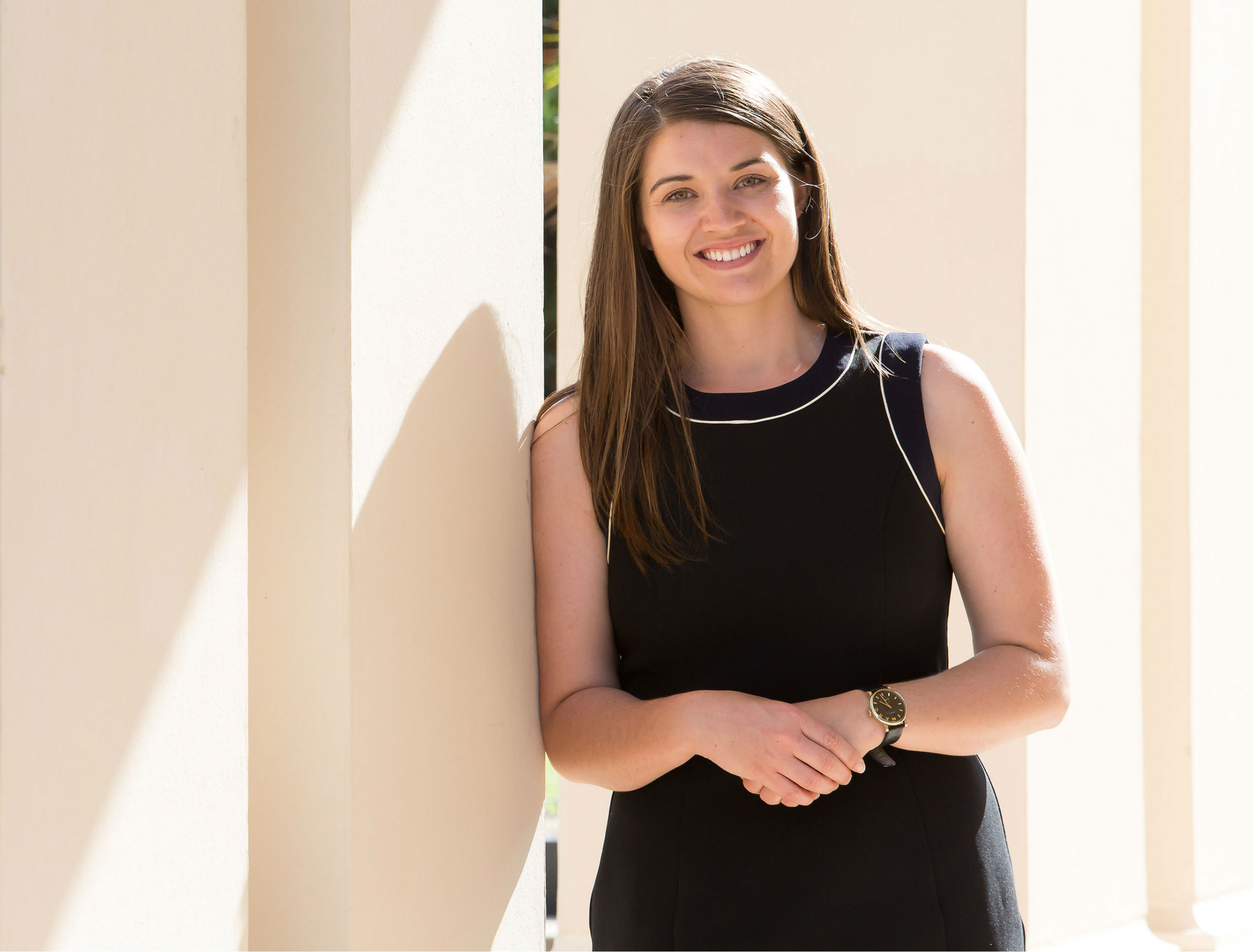 Dr Claudia Paul has achieved a lot in her 24 years but her goals are even more impressive.

The University of Adelaide graduate hopes to be one of the first (if not the first) female Indigenous surgeons in Australia and eventually establish a surgical outreach service to rural and remote areas.

“My plan is to change the life of one patient at a time, one community at a time, and eventually reduce the morbidity and mortality of those suffering in outback Australia,” she said.

First, however, there is a Master of Traumatology to complete, followed almost immediately by a PhD at Oxford University in the UK.

Last year, Dr Paul, a Wiradjuri woman, became only the third Australian Indigenous person to be awarded a Rhodes Scholarship, following proudly in the footsteps of the first – 2010 University of Adelaide graduate Rebecca Richards.

“To have started university just after Rebecca was announced as a Rhodes Scholar felt very special to me,” Dr Paul said. “To walk that path, knowing that others have already walked it – it somehow feels a little easier now, more obtainable.

“And hopefully, by being an Indigenous Rhodes Scholar, I will help to make it feel a little easier again for the next person.”

In fact, Richards helped get the ball rolling for Dr Paul, who read in a University magazine about her decision to be part of a study tour of Oxford at the end of her final year. Subsequently, Dr Paul decided to do the same.

At the end of 2016, she met with a few research supervisors, went through the colleges and generally got a feel for Oxford University and the city. “I wanted to try to ensure that if I was accepted, the only likely shock would be the weather,” she said.

Accepted she was, initially to do a Master of Science in International Health and Tropical Medicine – but things changed over Christmas. She realised that if all went well, in a bit over three years from now she would hold three Masters degrees but not a PhD.

“I thought I might as well bite the bullet and do the full research degree now rather than having to come back to it.”

Oxford was receptive, and at the start of October Dr Paul will begin a three-year research program looking at synthetic bone scaffolding. It’s a fascinating topic, and one that fits nicely with her desire to develop knowledge and skills that will be of great use when working in rural areas. Raised in Broken Hill, she is only too aware of how regional services compare with those in the city.

“I worked in a pharmacy for four years and spent time with the district nurses and medical students. You get a pretty good feel for what’s available, especially when family members get sick. You can wait for the one specialist who comes once every two months or make the effort to travel to Adelaide, Mildura or Sydney.”

Despite this, it was not until late in Year 12 that Dr Paul contemplated a career in Medicine; in fact she only sat the Undergraduate Medicine and Health Sciences Admission Test (UMAT) because it was a prerequisite for one of the physiotherapy programs for which she applied. The University of Adelaide offered her a place in the Bachelor of Medicine and Bachelor of Surgery (MBBS) and she hasn’t looked back since.

During her time at University, she was a student representative with the Australian Indigenous Doctors Association, was active in a mentoring group that fostered links between Indigenous medical students and medical practitioners, and completed overseas placements in the UK and Vietnam (where the ward rounds and case notes were in Vietnamese only).

She also took rural medical placements in Port Augusta, Whyalla, Broken Hill and Bourke, and after graduating decided to complete her intern year in Newcastle because of the strong trauma capability in the Hunter New England Local Health District. She will complete her Master of Traumatology at the University of Newcastle in June.