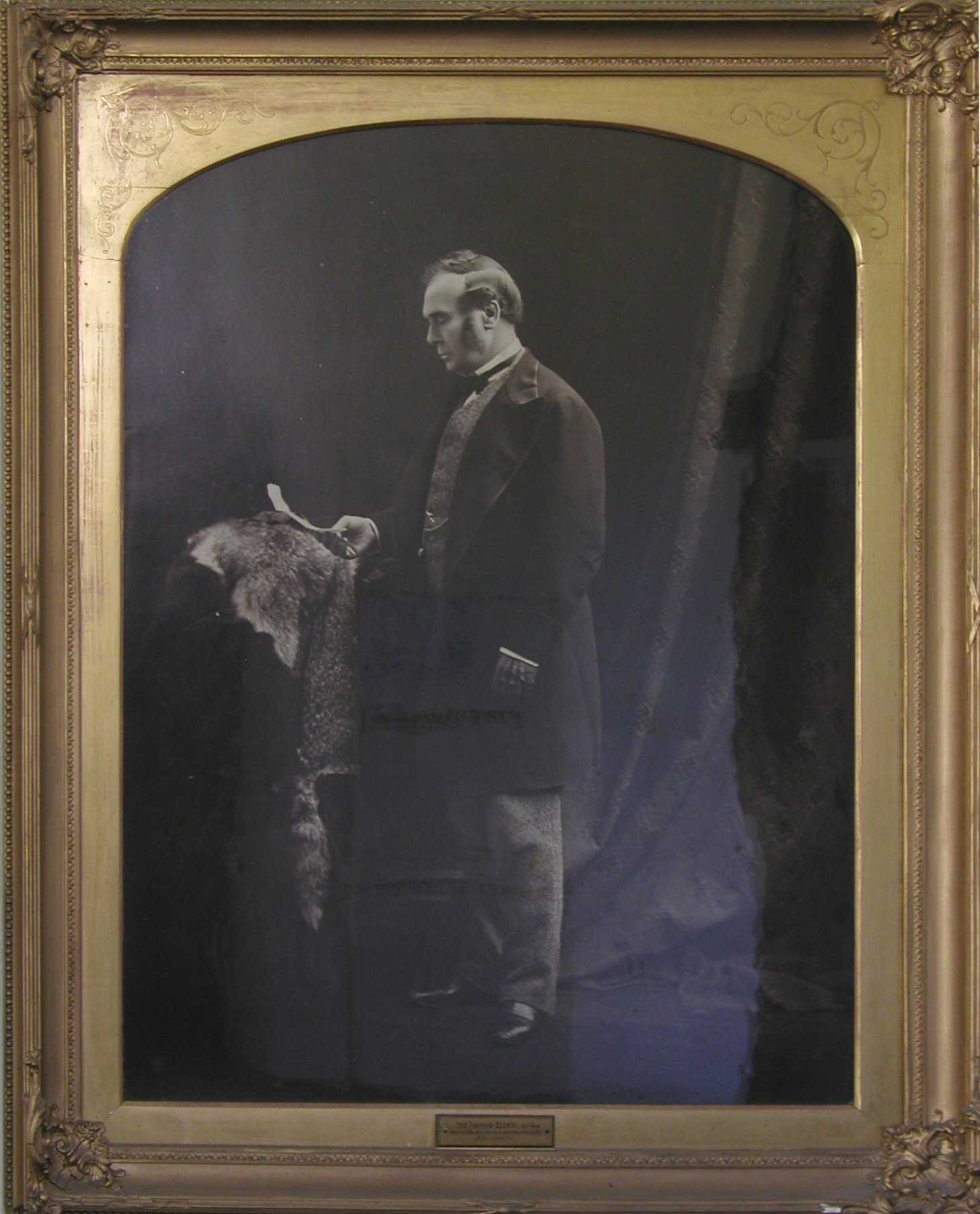 In June 2018, University Collections installed the framed photographic portrait of Sir Thomas Elder GCMG (1818-1897) in Elder Hall. The print and its large, gelatine hand-embellished silver frame have spent the last 18 months at ArtLab undergoing conservation treatment. The restoration work is now complete, and the print, together with its gilt frame, is now on permanent display in the auditorium.

Sir Thomas Elder was twice a Member of the Legislative Council of the Colony of South Australia. He was also a distinguished philanthropist, supporting the arts, education and the wider community in South Australia. Elder’s generosity to the University of Adelaide of nearly £100,000, included funds for the University’s establishment, scholarships, professorships and prizes.

Recognised for his efforts in supporting and serving South Australia, Elder was first made a Knight of the United Kingdom of Great Britain and Ireland in 1878, and later a Knight Grand Cross of the Most Distinguished Order of St Michael and St George in 1887. Some items from Elder’s ceremonial regalia, including his sword, collar and star, are currently on display in the Mitchell Gallery in the Mitchell Building. 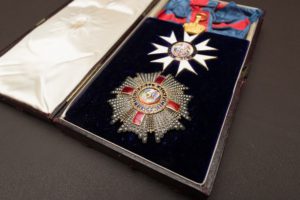 Image: Sir Thomas Elder’s Star, Badge and Riband of the Knight Grand Cross of the Most Distinguished Order of Saint Michael and Saint George in a presentation box, R & S Garrard & Co Goldsmiths & Jewellers to The Crown, 25 Haymarket London, photograph by Denis Smith.

This entry was posted in Alumni eNews and tagged artwork, collections, Elder Conservatorium of Music, restoration. Bookmark the permalink.