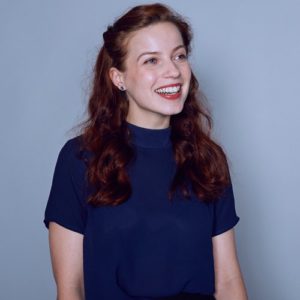 One year after being awarded the prestigious Westpac Future Leaders Scholarship, one of the University of Adelaide’s Future Leaders reflects on the past 12 months, what it means to be a leader and the value of the Westpac 100 Scholars Network.

Matilda Handsley-Davis was awarded a Westpac Future Leaders Scholarship in 2018 to enable positive social change. Her PhD takes a unique approach, bridging the gap between the often-isolated fields of science and humanities to address racism and health disparities in the healthcare system.

On engaging in such contrasting disciplines simultaneously, Matilda said, “it’s always really interesting when the same issues or topics come up in both areas and you learn to look at them from a science and a humanities perspective.

“It’s challenging because you have to flip from one side of your brain or your personality to another, but it is very rewarding bringing them both together.”

Scientifically, Matilda’s research focuses on the oral microbiome across different groups of people and its potential to facilitate new therapies. But thanks to her unique dual background as a Bachelor of Arts and Bachelor of Science graduate, she is also considering the ethical implications that may arise from such research.

“It’s about taking a step back and being reflective about the type of scientific research you’re doing, how it might potentially impact society and how you can account for that,” she said.

“It’s something that can be lacking in science as a field, we tend to pursue what is interesting or novel and leave it up to other people to figure out what it means for people, society, and the environment, so it’s really nice to be able to do both.

“One of the issues that I’m really interested in is ownership of the microbiome, who owns the bacteria and all of the microbes that live in your body and how does that extend to ideas about intellectual property, patenting, and who can profit from it?”

This interest in the ethical implications of her research was further fuelled by a two-month summer school stint at Yale University in the United States.

“It was amazing, it’s one of the top universities in the world and they do a lot of really interesting work in bioethics,” said Matilda.

“Travelling to the United States and paying for flights, rent and tuition fees was no problem because the Scholarship allowed me to do that.”

With the Westpac Scholars Trust behind her, Matilda was able to embrace all manner of opportunities with open arms.

“Having both the personal and financial support from Westpac allows you to grab more opportunities and say yes to things because you don’t have to worry about how you’re going to pay to attend a workshop or that you don’t know anyone in a particular field,” she said.

“You have friends and connections through the network as well as the money from the scholarship, so it makes everything seem more possible.”

Many of these connections were fostered through the Westpac 100 Scholars Network, a membership to which she will hold for life.

“It’s nice to be a part of a big group of diverse and inspiring people,” said Matilda.

“It’s not just the Future Leaders Scholars, but the Young Techs who are just out of high school through to the Research Fellows who are incredible researchers at the top of their fields doing really innovative projects.”

This sense of community, paired with the scholarship’s Leadership Development Program, has reshaped Matilda’s understanding of what it means to be a leader.

“I’m not the kind of person that wants to be the first, a trailblazer, or out the front of everyone,” she said.

“Being a Future Leader to me is about making connections and forming relationships with other people to facilitate working together to achieve big things.

“You don’t have to know everything, you just need to bring together the right team to achieve a shared vision.

“I’m on the lookout for who I can work with, who I can introduce to each other and what kind of projects and visions we could share or work on together,” she said.

Find out more about the Westpac Future Leaders Scholarship here.