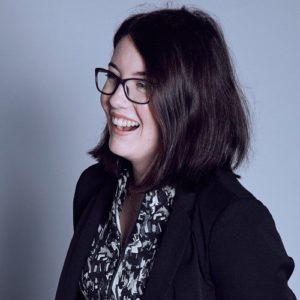 One year after being awarded the prestigious Westpac Future Leaders Scholarship, one of the University of Adelaide’s 2018 Future Leaders reflects on the past 12 months, what it means to be a leader and the value of the Westpac 100 Scholars Network.

In 2018, Alexandra Hawthorn was awarded a Westpac Future Leader Scholarship to pursue technology and innovation surrounding IV care. But where you might expect a graduate hailing from a biomedical background to set about a scientifically focused PhD, Alexandra flipped the script and commenced a Master of Clinical Nursing at the University of Adelaide.

After completing a Bachelor of Biomedical Science with Honours at Griffith University, Alexandra was first introduced to the science of maintaining IVs working as a research assistant on a pre-clinical trial.

“I got a lot of exposure to the research, and towards the end I got a lot more exposure to patient care, which was when I realised I wanted to do a nursing degree,” she said.

“IVs are so common and there are so many areas where it can go wrong, I don’t think we truly appreciate how IV access can really save a life.

“I realised that as a scientist there wasn’t much I could do to care for patients and I really wanted to be patient-focused with more of a translational role in research.”

Although Alexandra had a scientifically focused PhD planned and designed, she opted to press pause and instead approach the issue of IV care from a nurse’s perspective. She enrolled in her Master of Clinical Nursing to gain a practical understanding of patient care.

This dual approach allows Alexandra to not only research the complications and best practice associated with IVs, but to apply this in a practical sense to help make IV complications history.

“I think it also helps nurses understand it, I’m able to speak their language now and I can come at it talking about a patient rather than a product.”

This shift in perspective is something Alexandra said was not only nurtured, but also driven by her involvement in the Westpac Future Leaders program.

“How I want to go about my research, educating people and caring for patients has been profoundly impacted by the help and support I’ve received through the Westpac Leadership Development Program.

“The biggest thing Westpac has taught me is to trust myself, to go with my gut and to remember there’s a reason why I’m doing this.

This newfound confidence culminated for Alexandra last year when she presented at the Association for Vascular Access Annual Scientific Meeting in Columbus, Ohio, an opportunity she said, “wouldn’t have been possible without the support of the Westpac Scholarship.”

“There have been many ‘aha moments’ but I think the biggest turn-around point was when I presented at the conference in Columbus.

“I feel like I married everything we had learned and took everything on board from Westpac to exceed in comparison to what I would have previously achieved.”

Other opportunities afforded through the Westpac Scholarship include travelling to conferences in Copenhagen, Sydney and Hobart.

“Everything that I attended last year would not have been possible without Westpac,” said Alexandra.

“Given that I’m studying a Masters of coursework, there is very little in the way of support to travel and attend conferences as research is not the primary goal of the program.

“Had it not been for the Westpac Funding, I wouldn’t have been able to afford my rural placement in 2019 nor would I be able to attend my commitments for the Australian College of Nursing.

Like all Westpac Future Leaders Scholars, Alexandra is now a lifelong member of the Westpac 100 Scholars Network, opening the door to endless opportunities for collaboration.

“I would argue it’s the only scholarship in Australia that provides you with ongoing support, you’re a member for life so you will always have people around you to help you solve questions and build connections.

“The people I’ve met, even in different fields, are absolutely fascinating, and to have those amazing connections at my age is just astonishing,” she continued.

“We’re watching people who probably would never have met in their normal fields create connections and create products to help solve big questions through the Westpac 100 Scholars Network and it’s only going to get bigger and better every year,” she said.

Find out more about the Westpac Future Leaders Scholarship here.