Dr Julian Worrall is an Adelaide-born architect, urbanist, scholar, and critic. Based in Tokyo since 2000, he has taught at the University of Tokyo, Sophia University, and Waseda University, where he ran the research-based practice LLLABO, dedicated to “distilling the logic and the magic of the Asian metropolis.” After taking a doctorate in architectural and urban history at the University of Tokyo in 2005 with a study of Tokyo’s “railway urbanism,” he worked as an architect with Klein Dytham in Tokyo and Rem Koolhaas’s OMA in Rotterdam. During this time he worked on a range of projects of wildly varying size and type, including a weekend house in Japan, a department store in London, a hotel in Monaco, and large scale masterplans for cities in France and the UAE. He returned to academic settings in 2008.

His work, pursued through a mix of scholarly research, critical writing, and design practice, is broadly concerned with the construction of alternative modernities – with Japanese architecture and urban space being the lens through which to explore this agenda. This perspective informed his first book, 21st Century Tokyo, a portrait of the metropolis through its recent buildings. A contributing editor for Icon magazine (UK), and occasional architecture columnist for The Japan Times (JP), Julian’s writings have been widely published and translated. Recent publications include contributions to Toyo Ito: Forces of Nature (Princeton Architectural Press, 2012) and Eastern Promises: Contemporary Architecture and Spatial Practice in East Asia (Hatje Cantz, 2013).

He moved from Tokyo to take up his current position in 2014, where his teaching is strengthening both undergraduate and postgraduate programs in architecture, with a particular emphasis on the urbanism topics. From July 2015 he has the role of program co-ordinator for the Master of Architecture program, and also has a key role in shaping the Master of Urban Design program. He strives to balance such academic duties with an ongoing commitment to practice – currently he has a house project under construction in Japan.

Since coming to Adelaide, what have you worked on with students that you have been particularly enthused by? 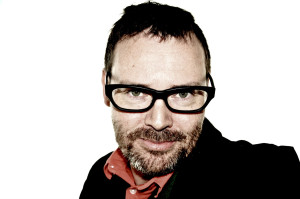 Design studio is intrinsically creative, collective, and has tangible outputs, and so is usually stimulating, but lecture courses can often slide into the routine delivery of pre-cooked content. For the third-year undergraduate lecture course “Environment III”, a subject dedicated to urban topics, I experimented with organising student efforts around the production of a series of self-published books on Adelaide. Entitled “Readings of Adelaide,” these books gathered student researches on the city as seen through the “lens” of a specific keyword. In 2014 we produced five volumes, with the keywords being “Politics”, “Production”, “Consumption”, “Movement”, and “Occupation”. Students and tutors were delighted to indulge their curiosity about their urban environment, and energised the prospect of seeing their work given the gravitas of the printed page. Even though Adelaide is my hometown, this project made me see it anew. This year, the keywords will be “Time”, “Work”, and “Play” (Who knows what next year will bring!) Over time, I hope to build up a polyphonic and original portrait of the city that can help contribute a richer perspective on it’s multiple layers to all those involved in shaping it.

What has been your career highlight and why?

My experience working for Rem Koolhaas’ Office for Metropolitan Architecture in Rotterdam in 2007 continues to rank as the career highlight. The work was intense, ambitious, world-spanning and, in spite of the pressure, enormously enjoyable. We worked 80-100 hour weeks – our lives were completely immersed in the design of new worlds. There was a kind of electric urgency in the air there which I have not encountered since – although I have tried numerous times to recreate it.

Whose work in the industry do you most admire and why?

Rem Koolhaas was a hero of mine when I was a student, and he remains a key inspiration. A lapsed Dutchman, educated in London, inspired by America, and by his own admission, “an aspiring Asian”, his biography has a particular resonance for Australian architects, because it is like a compressed version of Australian history. He is an individual who contains multitudes – which is what architecture and architects should always strive for. Another inspirational figure worth mentioning is the Japanese architect Arata Isozaki, who combines the tradition of the Asian literati or “bunjin” with the cosmopolitan cultural impresario. He writes in the morning, designs in the afternoon, and imbibes food, conversation and culture in the evening. Retirement is not in the lexicon of these figures: Koolhaas is in his 70s, Isozaki is in his 80s, and yet both are as vivid and energetic as ever.

What are your go-to websites for design inspiration?

I don’t really have any sites I follow regularly. The Archive of Affinities, run by a friend of mine at UCLA, is a collection of random fascinating discoveries from the ignored and overlooked archive of architecture. The blog City of Sound is a rich source of observations and ideas about cities, run by the designer and urbanist Dan Hill.  The London Review of Books is my review of choice for keeping updated on the world of ideas in general.

What would be your dream project?

A famous Japanese architect, Kisho Kurokawa, was once asked a similar question. He answered: “To design time”. I would answer: “to design experience”.

For more information on Dr Julian Worrall and his work, please visit the following links.