CITY IN THE MIRROR – An Ephemeral Installation for Port Augusta 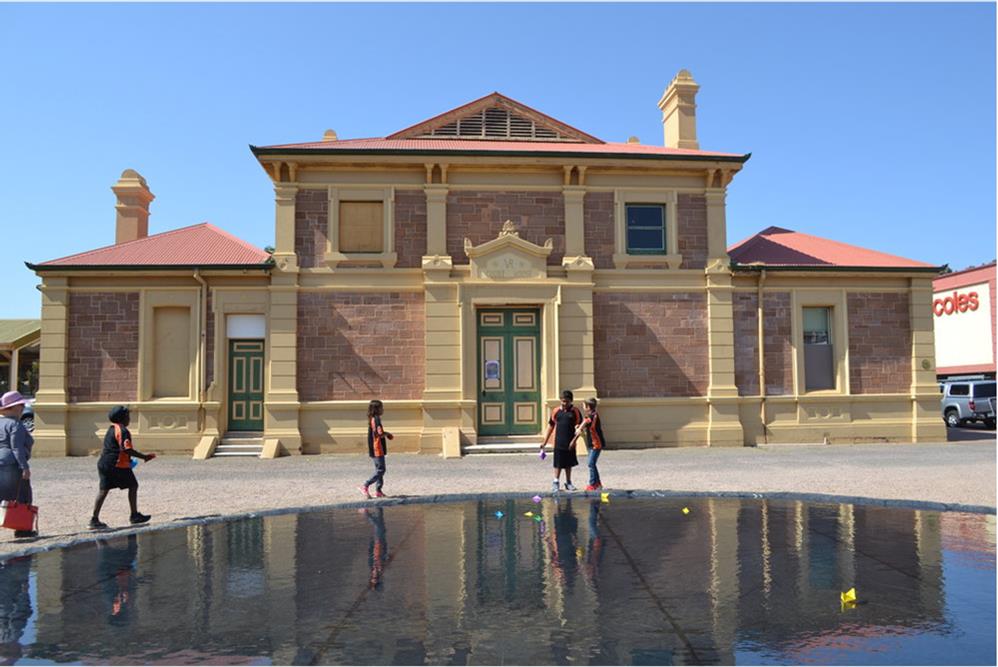 On Monday the 18th of September, the students of the Urban Ecosystem design Lab presented and displayed their projects to a public audience in Port Augusta. The best projects were selected to be realised.

“City in the mirror”, the concept resulted from a combination of winning ideas, was realised by the students of the UELab in just three days, and launched in a public event on Friday the 22nd of September. The community and the schools participated to the launch of the project in front of the Old Court House on Commercial Rd.

The objective of the ephemeral installation was to reclaim for few hours the underused space in front of the Old Court House and to highlight the potentiality and beauty of the historical centre open spaces.

At the same time the project was aimed at engaging the community to share their ideas on the future of Port Augusta.

A little water pond reflecting the Old Court House was built and color paper boats were sailed to communicate the impressions and moods of the city.

Thanks to all the supporters of the project, the city of Port Augusta and a special thank to Mr Jeevan Deut for the availability of the area. 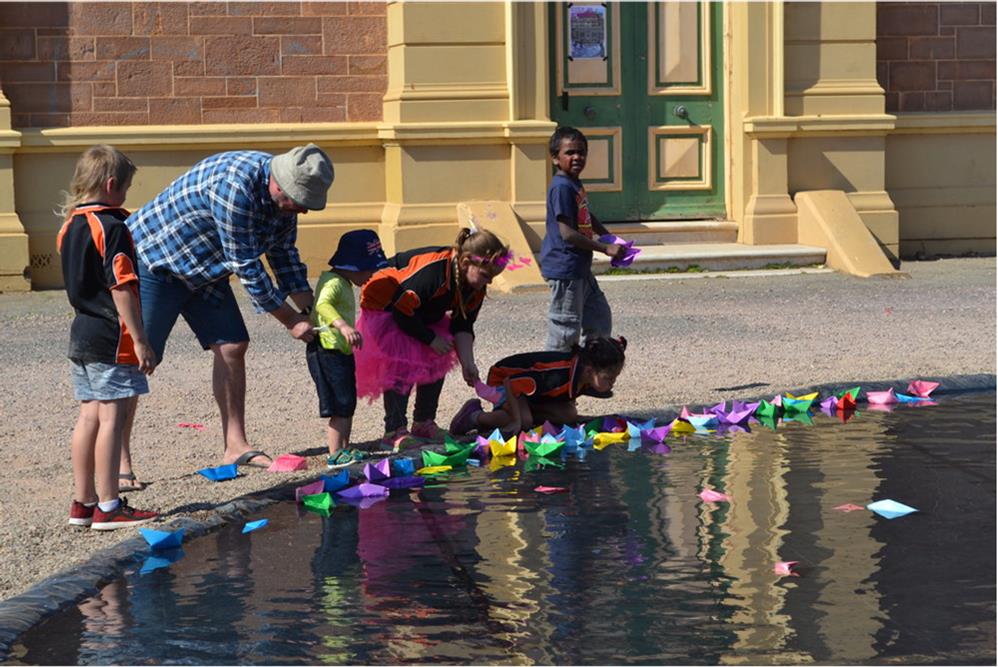 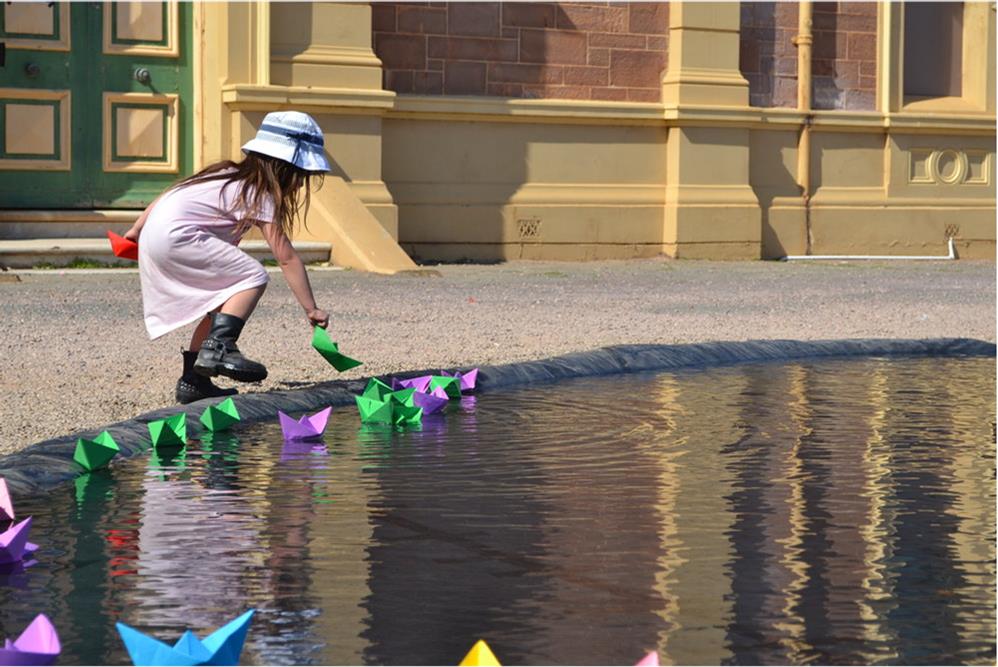 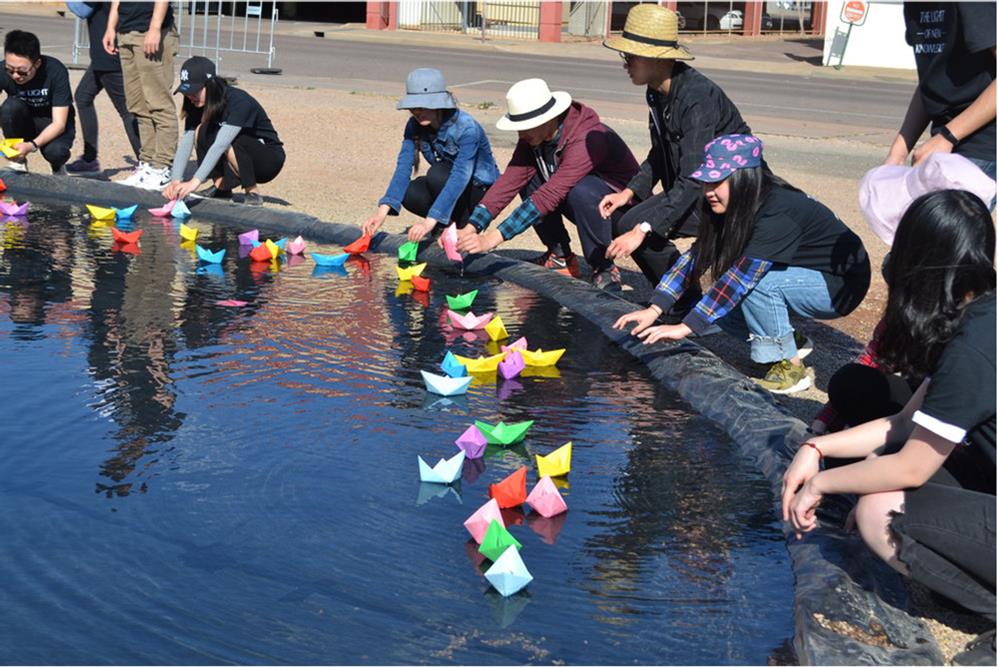 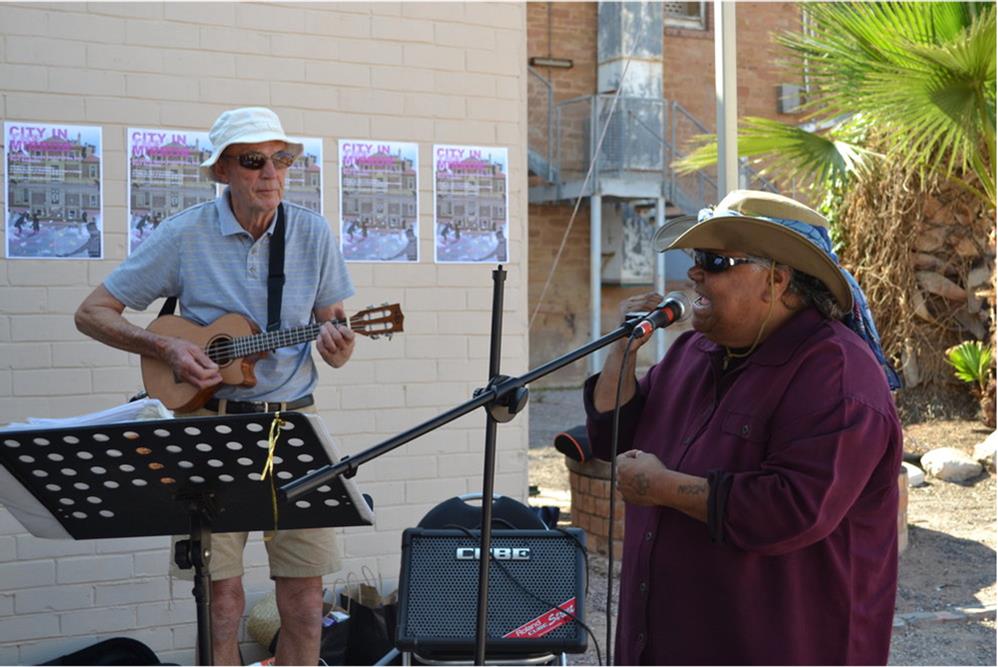 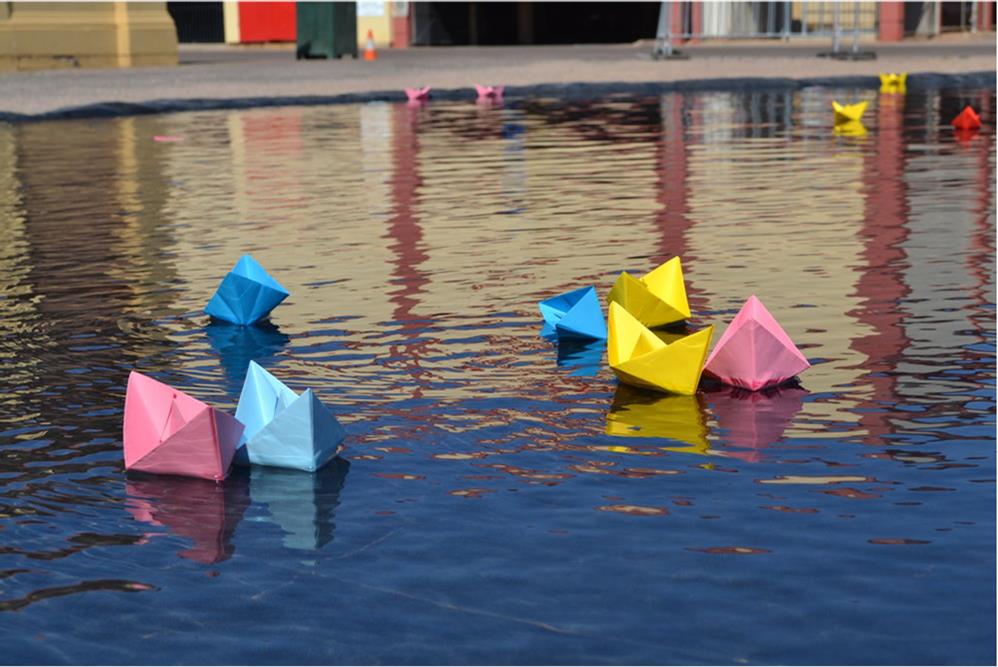 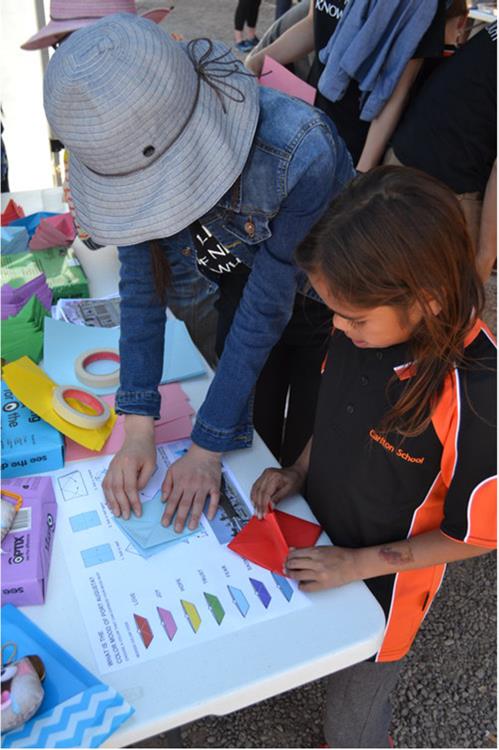 This entry was posted in Studios. Bookmark the permalink.