The School of Architecture and Built Environment has a long history of leading the conversation about sustainable design in Adelaide.

The School’s strong relationships with South Australia’s Local and State Governments has been built on its research expertise in areas like zero energy/zero carbon building designs, water-sensitive urban design and the mitigation of impacts of climate change through landscape and building design. 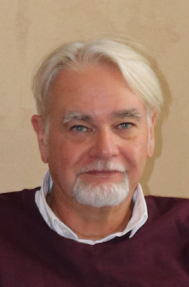 When Professor Alan Peters first heard about the position for Head of School at the School of Architecture and Built Environment at The University of Adelaide, he knew he had to jump at the opportunity to apply.

As an academic with a strong research interest in the intersection between urban design and climate mitigation, he was drawn to Adelaide and its profile as a green and future-focused city of Australia.

For Peters, who believes universities should act as the driver of thought in modern societies, the opportunity to lead a School which could feasibly help realise Adelaide’s futurist agenda was too good to resist.

“One of the legacies I’m most proud about inheriting is our strength in sustainability related design, and our long history of producing graduates who positively impact Adelaide’s sustainability agenda,” says Peters who started at the School in February 2018.

James Butterworth and Sophie MacRae are two such graduates of the School who have gone on to impact Australia’s green footprint. 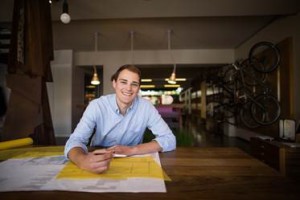 James chose to study at the School because of its “strong reputation… excellent academic team and great connections with practicing industry professionals.” The School’s focus on practical, real world experience including the opportunity to undertake consultation with regional communities, local governments and private organisations was a highlight which led to the career opportunity he was able to realise soon after graduating. 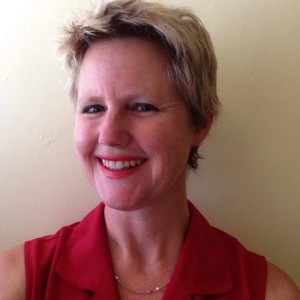 Sophia MacRae is another example of the School’s high calibre graduates. She was awarded the Dean’s Certificate for Academic Excellence in Planning Law, and graduated from the School with a Master of Planning in 2016. In November 2017 Sophia won the Planning Institute of Australia Award for ‘Outstanding Student Project’ for her research into the governance and policy factors that can lead to local government bicycle strategies being better implemented and sustained. Sophia has gone on to work in a local government in rural Australia and is developing her land-use planning skills to support sustainable agricultural production in a time of climate change, and rural/regional economies.

With the School’s flagship programs able to be tailored to those with an interest in sustainability, and students ready access to the State’s top thinkers in sustainable-design and research, graduates are set up to influence a future based in green design.

—
Midyear entry is now open.
For more information about postgraduate courses and green projects within the School of Architecture & Built Environment visit:
architecture.adelaide.edu.au/
—
This article originally appeared in the Adelaide Review, April 2018