‘A Centre where inspiration, ideas and invention come together’ by Professor Brian Castro

The J.M. Coetzee Centre for Creative Practice (JMCCCP) brings together two disciplines at this University which are the most obviously creative rather than theoretical: Creative Writing and the Elder Conservatorium of Music. John Coetzee has generously lent his name to the Centre, and in a way, he epitomises what this Centre is all about. The film of his novel Disgrace featured a music score composed by Graeme Koehne from the Elder Conservatorium. Writer Peter Goldsworthy is also currently working with Graeme on a song cycle. The discourse around text and music is a fruitful research area.

Unfortunately we live in a climate in which the research paradigm is one in which knowledge and creativity are conceived of as being as mutually exclusive. This is because of an empiricist notion of research, which has always suffered from a blind spot, since it leaves out the idea of invention, lateral thinking, and inspired collaborations – which are all part of research.

The Australian Government through the ARC is, it seems, taking steps to change this. There are signs that it is starting to argue the importance of research emanating from the creative arts. I think this is in part, if not largely, driven by economics. Governments across the world are focussing on the generation or exploitation of knowledge and information. There are terms in use like the ‘creative industries’, or the ‘cultural industries’ or the ‘creative economy’. These are, in many cases, about mass-production, about the exchange of finance for rights in intellectual property, rather than about how creative research can produce new understandings about ourselves and the culture we live in.

But as other people have pointed out there are two difficulties with creative research, and they are related to each other. First, they remain discipline-bound. Secondly, they fail to provide a way of speaking about creativity.

While the first is not a problem since the very concept of this centre is multi-disciplinary, the second problem and its solution points to the way ahead. The aim of the J.M. Coetzee Centre is to bring the study of knowledge back to the process that created it (namely the moment at which inspiration, ideas and invention all come together), in order to find ways to speak about it. Only by this localisation rather than by global theory, can researchers understand how to gauge the art-work and its social effects … effects such as the iconoclastic challenge of writing and music to myth-making, or the shaping of cultural understanding through film-making. You could say the Centre functions as a think tank for a creative economy.

One example of the kind of research carried out at this Centre could be the topic of migrant subjectivities, which are hard to measure, given all the difficulties of language and culture. But the staging of cross-art performances could map some of these subjectivities and its impact on communities.

Yoking together apparently dissimilar things can create pathways to understanding social relations, because the work of art begins as a social relation. In other words, the Centre hopes to encourage researchers to speak within the process of the making of art rather than about it from the outside, and from the top down.

We will encourage researchers to work with creative thinkers so that the outcomes can be beneficial across disciplines. For instance, ethnographers may want to have part of their research realised creatively, giving a creative form to their ideas, such as staging dance performances to embody indigenous rites, or combining geography with music in the illustration of Aboriginal song-lines.

The JMCCCP, not to be confused with the Russian acronym for USSR, is a centre for practice-led research. It focuses on how ideas get turned into artworks. It will explore how creative works are shaped during the collaborative process, as well as the impact of emotional indicators, such as inspiration, or the positive aspects of melancholy, or the therapeutic effects of music and composition.

While the Centre is not a funding body, it will be strategically targeting industry linkages, obviously ARC funding, encouraging scholarly collaborations within artistic projects from seasoned researchers through to ECRs and HDRs. Research outcomes will be in the form of published books, papers, presentations, performances and debates. This will be done through bringing together projects which involve multiple partners and international networks. 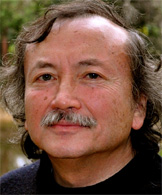