Posted on September 5, 2012 by Sheridan Clark

Wednesday, September 5, 2012 is the centenary of the birth of John Cage (1912-1992), one of the most influential artists of the 20th century. Composer, performer, writer, visual artist, philosopher – the scope of Cage’s activities was immense, and his impact on the arts immeasurable.

To celebrate this important anniversary, Wednesday, September 5, 2012 will be John Cage Day at Elder Hall, University of Adelaide. From 12 noon until 8pm, composer and performer Stephen Whittington will perform ASLSP (As Slow aS Possible) on the Elder Hall organ. Audiences are free to come and go as they please during this performance.

At 8pm a ‘concert’ (‘Musicircus’) will begin, featuring performances of seminal works of John Cage including Concert for Piano and Orchestra, Aria,Theatre Pieces, Cheap Imitation and more. Included are works that John Cage himself performed at the 1976 Adelaide Festival, in a performance that polar opinions at the time.

An associated exhibition of scores and other works by John Cage will be on display in the Special Collections of the Barr Smith Library during the month of September.

Admission is free to all events.

John Cage Day 2012 is a project of the Elder Conservatorium of Music and the J.M.Coetzee Centre for Creative Practice. 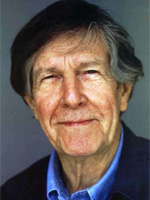