I CONFESS: Revelations in Exile

In 1998, Kooshyar Karimi – a father, doctor, writer and translator – was kidnapped from the streets of his native Iran, blindfolded and tortured. His sin was his Jewishness and the fact that he helped desperate girls and women who had been raped by terminating their resulting pregnancies. When he is eventually released, it is only as a spy for the Islamic Secret Service. Certain torture and death stalked him on a daily basis, and Karimi realised that if he did not escape, he would soon be executed. In 2000, Karimi managed to flee with his wife and children to Istanbul, where they spent 13 long months of dread and secrecy hiding in a tiny basement deep below an apartment block, until he and his family were granted political refugee visas to Australia by the UNHCR.

Doctor Karimi is now an Australian citizen and a Sydney-based physician. He is a fellow of the Royal Australian College of General Practitioners, a member of the Australian Society of Cosmetic Medicine, and member of the Skin Cancer Society of Australia and New Zealand. He practises medicine full-time, and writes in his spare time.

Professor Brian Castro is an Australian novelist, essayist, and teacher. He is the author of nine novels, as well as a body of essays on literary topics, and has won several state and national awards, including The National Book Council Prize for Fiction, and several state Premier’s Awards. He is currently Chair of Creative Writing at the University of Adelaide, and co-director of the J.M. Coetzee Centre for Creative Practice.

Professor Riaz Esmailzadeh began his studies at Shiraz University in Iran in 1979, just after the Islamic Revolution, but was expelled because of his Baha’i faith. He fled in 1983 to Pakistan and then to Australia, and arrived in Adelaide as a refugee. He is Associate Teaching Professor of Management and Technology at Carnegie Mellon University’s Heinz College. 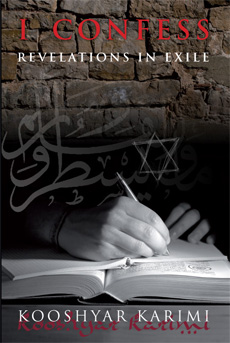