Not Quite Feature Length: The unacknowledged skill of writing and making short film

Just a few years ago you needed hundreds of thousands of dollars to make a movie. Today you need maybe ten thousand and, of course, plenty of determination. This seminar is about film that is not quite feature length.

Technology has made short-form moviemaking accessible to almost everyone. It is a much-maligned art form swamping YouTube with dross on every subject. It is used by filmmakers for an entry into industry. It’s almost impossible to make any money from short film. But the form is rising and deserves the change it’s getting in attitude and approach by writers and filmmakers.

In this seminar, David O’Brien will look at it’s potted history and what it’s future might be. He will touch on ways to achieve quality in short movies; how to write and make a short film that stands out from the relentless and soaring heap of ‘awful’. And he’ll discuss: ‘What’s so great about ninety minutes?’

David O’Brien is a screenwriter, director, journalist, script editor and playwright with thirty years experience in film and television. His screen credits include an episodes of POLICE RESCUE, the $4.2 million feature film SHOTGUN WEDDING, over twenty documentaries as well as numerous corporate, training and educational films. His short film SWAT was awarded Best Film and Screenplay at the 1999 Brekfest Awards. David was a television journalist for fifteen years before setting up his freelance screenwriting business in the early eighties. 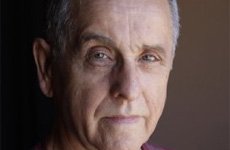