The first Barngarla delegation to AIATSIS, Canberra (11-15 February 2013) with Dr Luise Hercus, 13 February 2013. The delegation was organized by Professor Ghil’ad Zuckermann, Chair of Linguistics and Endangered Languages, with the support of Dr Jaky Troy, AIATSIS. 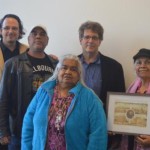 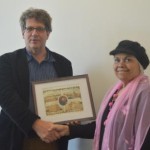 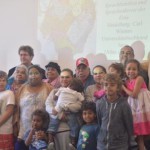 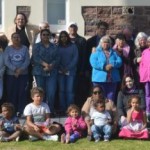 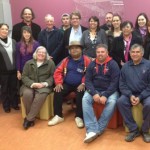 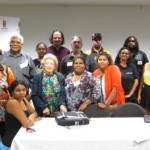 Three scholars from leading Chinese institutions have been appointed postdoctoral fellows at the University of Adelaide. They will work with Professor Ghil’ad Zuckermann on Revivalistics (Revival Linguistics) throughout 2013:

Professor Ghil’ad Zuckermann held an interdisciplinary cross-fertlization workshop with Professor Tzachi Pilpel(Weizmann Institute of Science) on 21 January 2013 at the Israel Institute for Advanced Studies, Hebrew University of Jerusalem.  http://www.as.huji.ac.il/confereces/evolution
The theme was “Miqadmat DNA: Evolution, Genesis, Cross-Fertilization and Hybridization in Nature and Language“.

On 11-13 May 2012 Professor Ghil’ad Zuckermann gave the keynote address at the International Conference of Contemporary Linguistics in Xi’an, China.  He was a Focus Speaker (on Revival Linguistics) at the Free Linguistics Conference in Sydney on 6-7 October 2012.

Professor Zuckermann continues to work closely with the Mobile Language Team (MLT) (University of Adelaide) and to cooperate with AIATSIS (Canberra). He has recently launched the reclamation of the Barngarla language together with the Barngarla communities of Port Lincoln, Whyalla and Port Augusta, Eyre Peninsula, South Australia.
Throughout June 2012 he delivered lectures and took part in several groundbreaking Revival Linguistics events at AIATSIS.

This entry was posted in Uncategorized and tagged Linguistics. Bookmark the permalink.