Asteroid “(216591) Coetzee” was discovered by astrophysicist Dr. Gianluca Masi, Italy, on 21 July 2002 and received the temporary designation 2002 OQ7. The following years it was observed again several times and when its orbit became well known, it received its definitive number, (216591).

Once an asteroid is numbered, the discoverer can propose a name to the Committee for Small Body Nomenclature. The Committee, after looking at the proposal and its motivations, discusses and decides whether to approve it or not, under the authority of the International Astronomical Union.

Asteroid “Coetzee” was officially announced on 25 April 2013, on the Minor Planet circulars. Asteroid “Coetzee” moves in the Solar System between Mars and Jupiter, in the so-called asteroid main belt. Its mean distance from the Sun is of about 360 millions of km and it takes 3.75 years to complete its orbit around it. Its diameter is estimated around 2 km.

More information on this asteroid and its orbit. 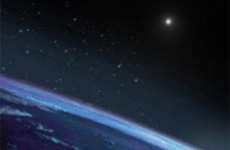