The latest phase in the history of urban imaginaries, the ‘smart city’ concept, has rapidly moved to the centre of the debate on participatory urban governance but still remains a controversial notion (Vanolo 2014) and a byword for urban utopias and dystopias (McQuillan 2014) in political discourse and the media.

A selection of recent media texts including news, commentary and blogs will be inspected by means of a discourse-analytic perspective in the attempt to connect linguistic evidence in texts with emergent discourses of the smart city. The aim is to highlight thematic threads, rhetorical patterns and possible discursive pitfalls of a far-reaching concept that extends over an ambitious axiological map – technology hype, sustainability, social inclusion and active citizenship being among its bold promises. If apparently ‘no one likes a city that’s too smart’ (Sennett 2012) and if social capital can still be considered the true lymph of cities, then translating city smartness into meaningful policies and viable actions can be legitimately taken as a long-term political objective whose elaboration the media also contribute to through discourse. .

About the speaker
Maria Cristina Paganoni, PhD,is Associate Professor of English Language and Translation in the Department of Studies in Language Mediation and Intercultural Communication at Università degli Studi di Milano, her alma mater. Her current research focusses on web-mediated communication and the branding of cities, heritage and culture, drawing on linguistics, Discourse and Multimodal Analysis and social semiotics. She has authored several contributions on these topics in books and peer-reviewed journals. Her latest publication is the monograph City Branding and New Media: Linguistic Perspectives, Discursive Strategies and Multimodality (Palgrave Macmillan, 2015). She has also provided expert commentary on heritage, world expos and the European Capital of Culture (ECoC) programme in Italian local media. 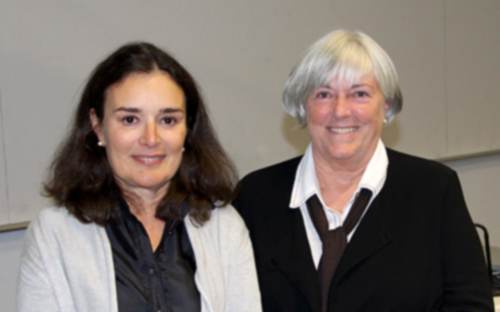 This entry was posted in Events and tagged Media. Bookmark the permalink.