Performing for the President of Singapore: Esther’s Story

Posted on November 3, 2015 by Lauren Grantham 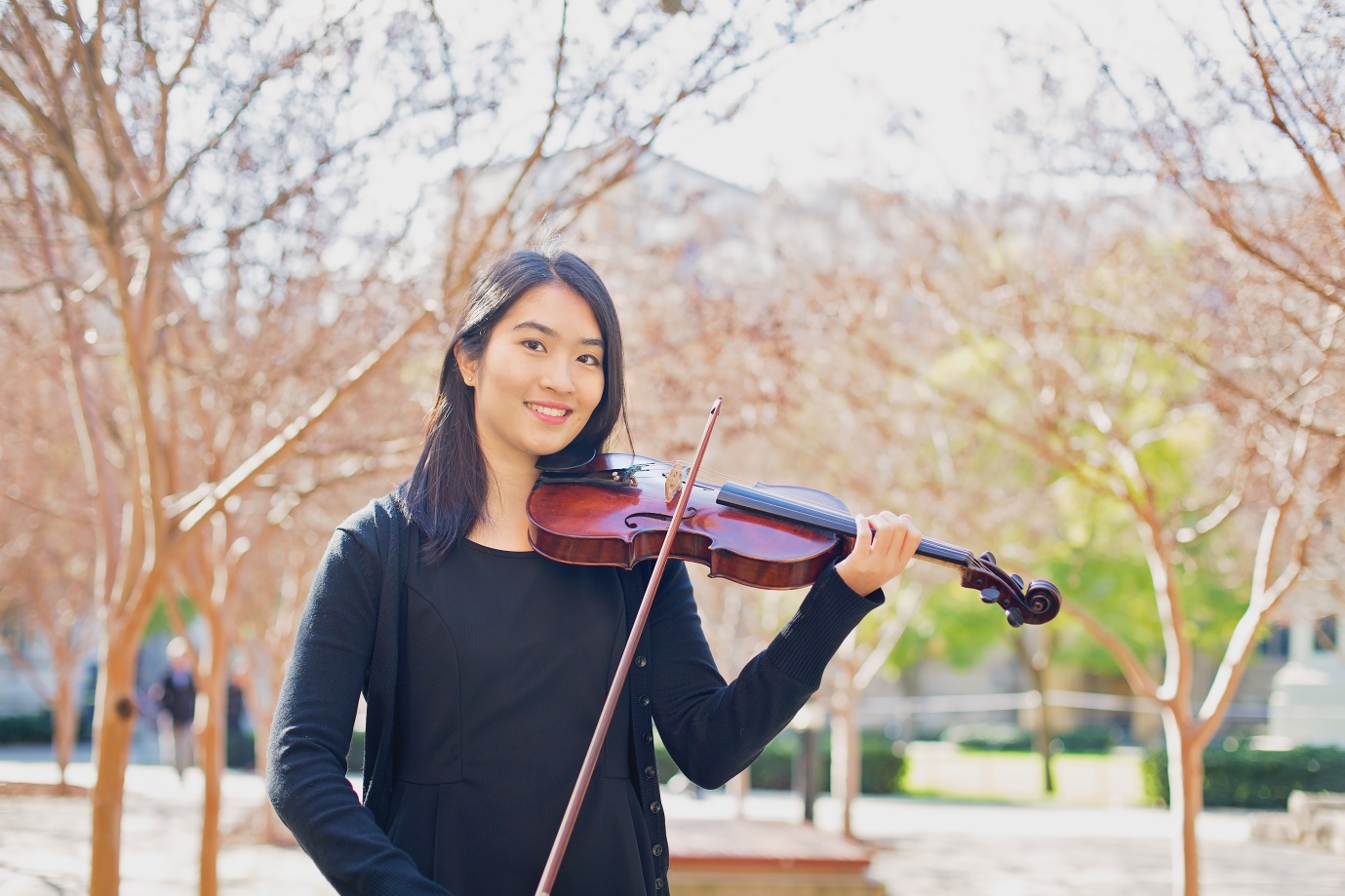 Esther came from Singapore in 2011 to complete her year 12 of high school in Adelaide.

“I chose to study in Adelaide because I liked that it is a small town that does not have a hectic lifestyle compared to bustling Singapore, where I am from”.

After making several good friends while she was at high school, she decided to study at The University of Adelaide. Esther said that she chose to study specifically at the University’s Elder Conservatorium of Music because it offered a wide range of resources for practicing and performing.

“The University of Adelaide seemed to be able to give me good opportunities that otherwise I would not have been able to have if I had done my studies somewhere else i.e. large ensembles (Elder Conservatorium Symphony and Chamber Orchestra) and small ensembles (Chamber Music). Moreover, many of the lecturers in the music department are very well recognised outside Adelaide”.

Esther revealed that she was inspired by many of her music lecturers and that they have significantly shaped how she views music today.

“The notable lecturers who have really impacted on my life are Keith Crellin and Wendy Heiligenberg. They do so much for us students and they never stop inspiring me to this day”.

One of Esther’s favourite places on the North Terrace campus is Elder Hall – she truly loves and adores this building. “The hall has a beautiful architecture and its acoustics are beautiful to perform in. I definitely enjoy the lunch hour concerts that are put on every Friday afternoon at 1pm. The best part is that music students are given free entry! It is such a privilege to be able to watch world-class performers present right where I study”.

Esther has made a lot of friends here in Adelaide and has adapted very well to her new environment. She even started her own music quartet during her first year at the University. “We enjoy playing through new quartets and learning more music together”.

During her free time, Esther enjoys baking and catching up with her friends. The best part about her course is that it has allowed her to meet many people and become friends with them. “I think I have made many friendships that will last a lifetime”.

An exciting event for Esther in 2015 was being flown to Singapore to perform at a gala dinner celebrating Singapore’s 50th anniversary of independence, and honouring the strong relationship between Singapore and South Australia, with guest of honour, Dr Tony Tan Keng Yam, President of Singapore.