Checking out our patch in Singapore | Inside Singapore Study Tour

Faculty of Arts students Rebecca Pearson and Helen McNeill give their insights into the Inside Singapore Study Tour:

Following a short lecture on Singapore-Australia relations, we hurriedly navigated our way through traffic to Singapore’s Parliament House where we commenced a beguiling hour-long tour around the ‘heart’ of it all. Handing over our passports, we filed in an orderly line through to a small theatre, where a short film ran us through the 195-year history of the parliament. Our guide informed us of the positive role of Lee Kuan Yew’s vision in Singapore. Lee Kuan Yew is memorialised throughout the Parliament.

Throughout the discussion with our official tour guide there was a heavy emphasis on the representation of the four main ethnic groups that make up the population, and it was put forth that ‘the house of the people’ has ‘one chamber, many voices’. Our guide explained that “due to the diverse mix of ethnicities we have to fine tune everything according to the social structure of Singapore”. Singapore’s parliament is largely comprised by the People’s Action Party (PAP) who hold 83 of a total of 101 seats.

As we were herded down the corridors lined with impressive portraits of successful MPs, our guide told us that, despite the Parliament holding twelve sittings a year, with each one being translated into all four official national languages and piped into the gallery headsets, people do not attend the public gallery as they are “too busy working” and the debate is “quite boring unlike western parliament” and that this resulted in a slight lack of opportunity for public debate.

2015 is an extraordinary year for Singapore-Australia relations. Singapore is not just celebrating its 50th year of Independence, it is also celebrating 50 years of diplomatic relations with Australia. So after our tour of parliament we made tracks to the Australian High Commission to learn how this is being recognised. We were greeted by the Second Secretary from the Department of Foreign Affairs and Trade Ms Clele White and a representative from Austrade. We held an intensive Q&A session where we learnt about the value of the Department of Foreign Affairs and Trade (DFAT) to Australia-Singapore relations, the role of diplomats and the importance of enhancing trade relations between our countries. Ms White described several initiatives launched by the High Commission to celebrate the 50th anniversary of Australia-Singapore diplomatic relations, including the opening of a Koala exhibit at Singapore Zoo, 50 pieces of public art, 50 pop up performances and 50 BBQs held in one night. The iconic SG50 logo was also edited to symbolise the joint relationship by adding a Koala to the top of it along with the slogan ‘SG50 OZ’. The High Commission deals with a range of issues including lost passports and Australian deaths overseas, and assists Australians who have been arrested. Whilst we had an excellent time learning about the role of the Australian High Commission in Singapore we all hoped that none of us would have to use their services during the remainder of our trip. 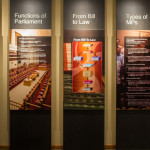 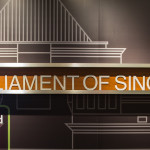 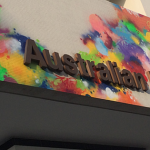 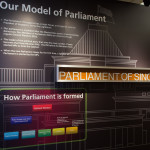