Public Lecture: An Intellectual Justification of Unhappiness: Beckett’s Aesthetic War on the Theodicies

Professor Andrew Gibson (Royal Holloway, University of London) will give an public lecture titled “An Intellectual Justification of Unhappiness: Beckett’s Aesthetic War on the Theodicies”, examining the political and intellectual implications of the Irish writer’s famous pessimism. This lecture will argue that we should place Beckett in an ancient tradition that runs through a succession of writers in whose work he was steeped (St. Augustine, Pascal, Swift, Johnson, Voltaire, Schopenhauer), a literary and philosophical tradition that fiercely takes up arms in a war against the theodicies. 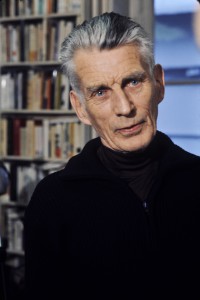