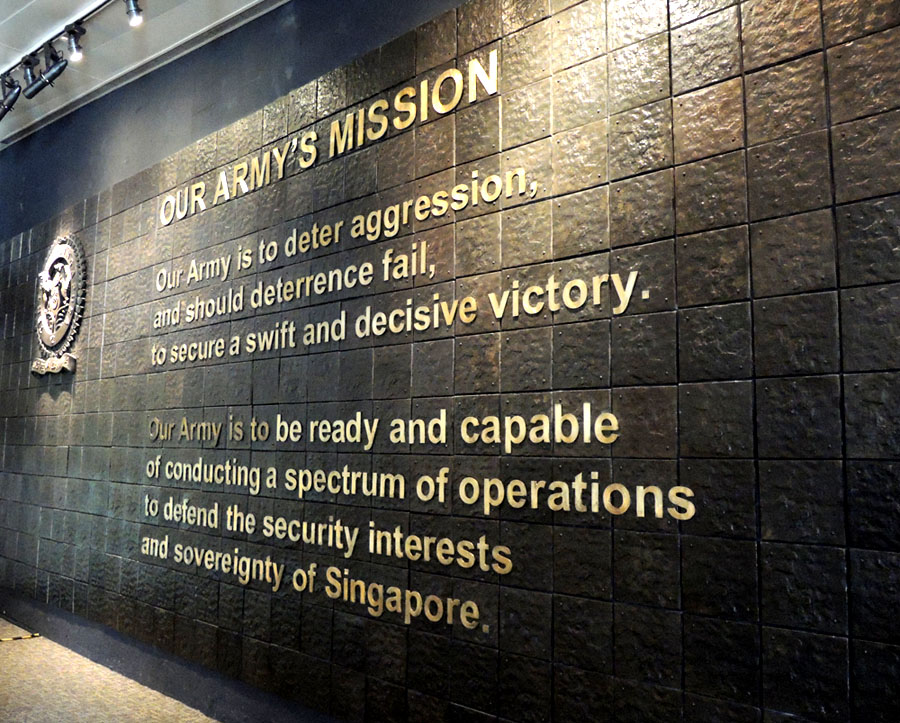 In today’s session we discussed how “Historical Memory” (considered yesterday) has shaped the development of Singapore’s Foreign Policy, which is a balance of elements of both realism and liberalism, as seen in their competitive yet cooperative economy and trade, their use of “smart” (hard & soft) power and their interdependence within the Asian environment.

This was clearly demonstrated by the President of Singapore, Mr Tony Tan:

“Our defence policy of diplomacy and deterrence has also ensured that Singapore enjoys peace and stability, and that our sovereignty as a nation is protected.”

The afternoon visit to the Changi Museum was informative and poignant as we learnt about both the difficulties endured by the local Singaporeans under Japanese occupation as well as the atrocities suffered by the 12,000 POWs housed at Changi (a prison built for 600 inmates). The stories and photographs were confronting.

However, even amid such anguish, the POWs found solace in their faith and even in artistic expression, through poems, drawings and paintings.

The guide gave an emotive insight into the murals in the chapel, painted by Stanley Warren a renowned British artist, depicting scenes of Christ’s life (including the Nativity, Last Supper, Crucifixion & Ascension), and St Luke in prison, with messages of forgiveness. She also spoke of the resilience of the POWs in rigging radios and passing coded messages throughout the prison.

At the Army Museum of Singapore, there were displays of various instances of the military undertaking humanitarian deployment (soft power), as well as displays of Military Parades and conflict deployment (hard power). The rest of the visit was somewhat disappointing due to some major exhibits being closed for renovation. However, several of the group participated in a firing simulation of M-16s and SAR-51s rifles.

The government continues to highlight the narrative of vulnerability in relation to its Foreign Policy, ensuring its survival through interdependence. 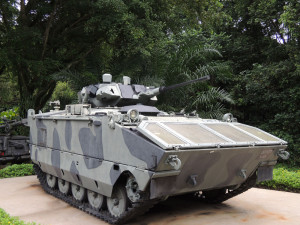 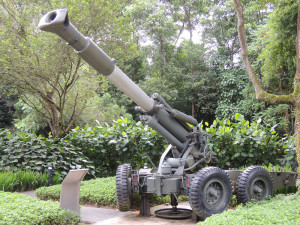