Posted on December 6, 2016 by Sheridan Clark 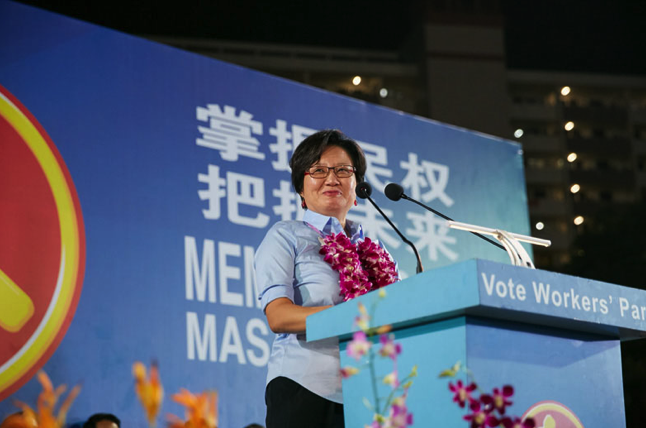 Today we discussed Singapore’s Democracy, which is quite different from what we are used to in Australia. We explored Singapore’s communal style of democracy, which takes into account the greater good for society as a whole, rather than just the individual. A great deal of Singapore’s incredibly low crime rates are owed to the nation’s political system, which is just one of the many aspects which make Singapore a fascinating case study.

We were very privileged to have the Chairman of the Workers’ Party, and Member of Parliament (MP), Ms Sylvia Lim, speak with us for over an hour this morning. The Workers’ Party is the only opposition party with a Parliamentary presence, holding six seats.  Ms Lim spoke of the challenges faced by opposition parties in fielding candidates to contend elections in the first place, and then in working with a civil service that has only ever had one political master, the People’s Action Party (PAP), which has governed Singapore since the country’s independence in 1965. Unlike Australia, there is no Freedom of Information (FOI) Act in Singapore, so it is lawful for the Government to control what information is available to the public. Despite the challenges, Ms Lim spoke about the value of making a difference through the Workers’ Party.

After our guest speaker today we made our way to the Parliament House of Singapore. We began our one-hour tour with a 10-minute video detailing the roles of the Parliament in Singapore. Our tour guide Marcia showed us around the building, concluding with us being seated in the public viewing area (the Public Gallery or Strangers’ Gallery) of the Parliament. It was an excellent experience that gave us a greater insight into the political system of Singapore.

Our final event for the day was a guided tour of the Supreme Court of Singapore. Our guide, Mr Singh, a lawyer specialising in Maritime Law, provided us with interesting insights into the rule of law and the court system in Singapore, as well as some personal experiences within the Singaporean legal system. We were also able to experience a role-play exercise to further understand the proceedings once a case goes to trial. Our tour concluded with a great view over the city from the top floor of the Supreme Court.

Singapore’s corporal and capital punishment laws, within the context of a communitarian democracy, provided much food for thought and discussion. 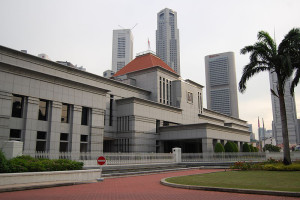 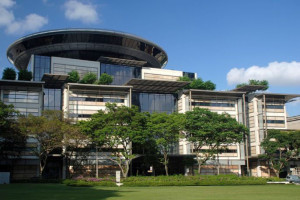