Posted on December 7, 2016 by Sheridan Clark 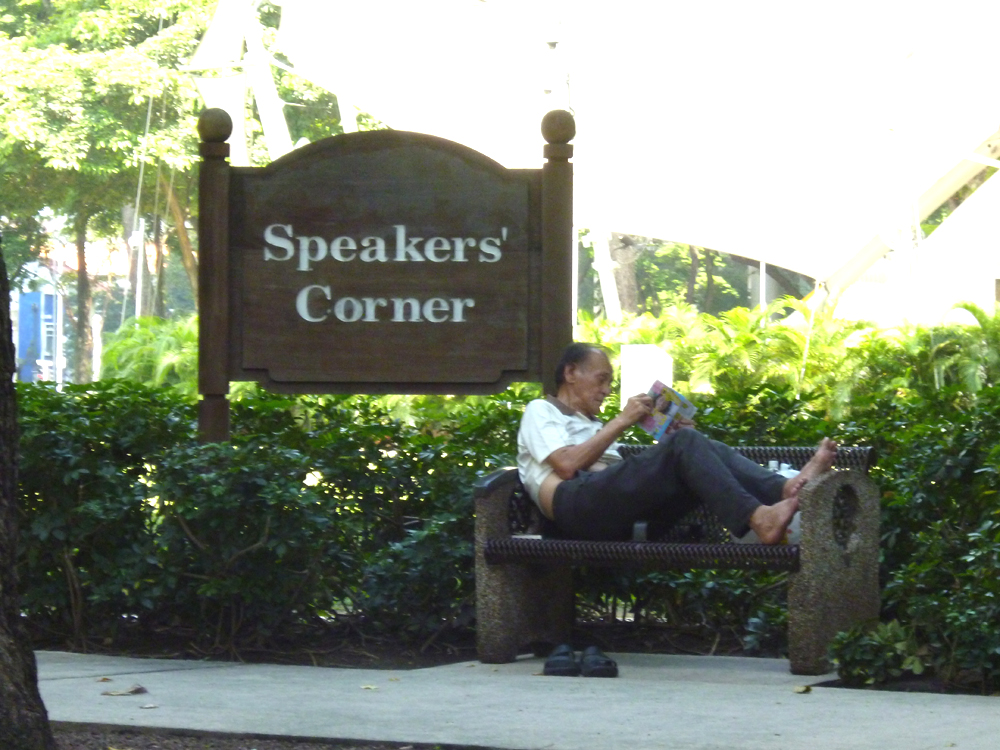 Our day began with a classroom discussion on the media landscape within Singapore. We looked at the role of the media within the nation and how it attempts to keep in line with the nation’s greatest interests whilst trying its best to remain balanced. An interesting discussion provided us with an adequate foundation for our day of exploring the media in Singapore.

Our guest speaker for the day was Mr. Terry Xu, the Chief Editor of The Online Citizen. The Online Citizen is an online platform that offers an alternative to the traditional news outlets in Singapore, giving a voice to those not covered in traditional media. Hearing Terry’s insights into how he got to this position from his previous role in the engineering profession, as well as on the media environment in Singapore, allowed us to further explore and challenge what we previously perceived as the role of the media and its relationship with the government.

In the afternoon, on our way to the Asian Civilisations Museum, we briefly stopped at Hong Lim Park, home to the famous Speaker’s Corner, a public space where citizens of Singapore can demonstrate, hold exhibitions and performances, and speak freely on most topics after prior registration on a government website, and subject to certain terms and conditions. The main restrictions relate to violent, lewd or obscene material, as well as content that may disrupt racial or religious harmony. Since its creation in 2000, Speakers’ Corner has been home to many protests and rallies, with up to 1000 speeches made within the first year, however the space doesn’t get used much these days.

Singapore’s history as a port city, bringing people together from all over the world, is used by the Asian Civilisations Museum to frame insights to the many historical connections among the cultures of Asia, and between Asia and the world. One of the most interesting exhibitions in the context of our study tour was “Port Cities”, which emphasised the dynamics of multiple networks of cultures defying clear definitions, with examples of Indian textiles, Chinese embroidery, mixed-race communities and even slavery and human trafficking. We also visited, among others, the “Tang Shipwreck” exhibition, which contained hundreds of fine ceramic bowls and gold and silver objects recovered from a 9th century shipwreck. “Cities & Kings” presented ancient treasures from Myanmar, and “Trade” showed examples of goods traded and ideas exchanged across Asia and beyond, reaching as far as Europe. 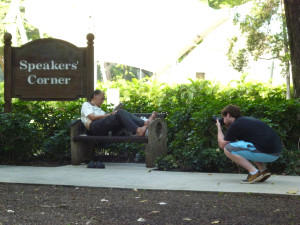 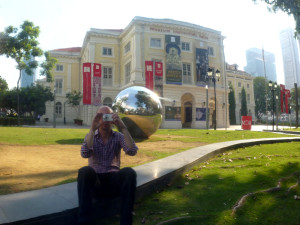