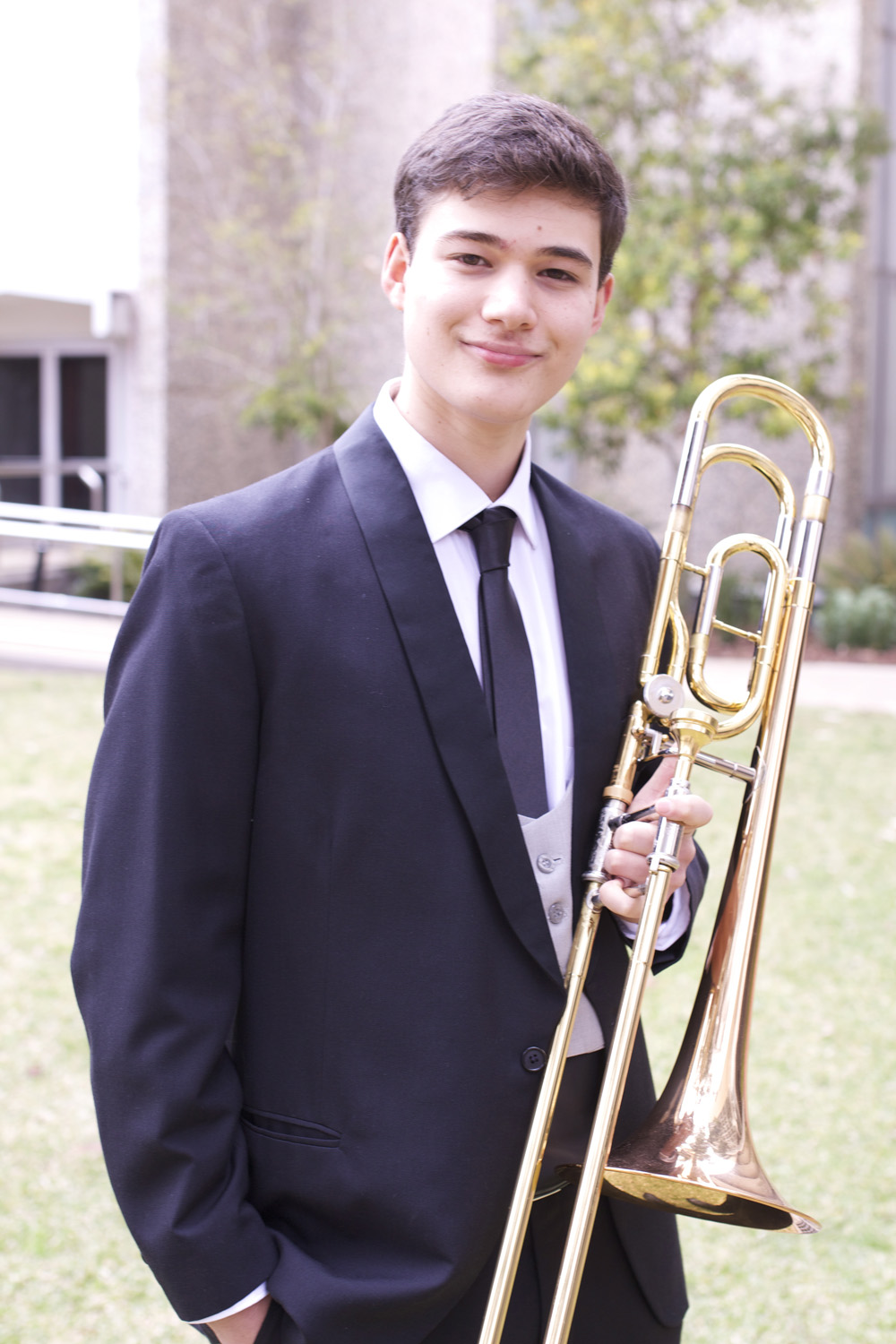 Tom was also recognised as the ‘Second Alternate’ in the ITA 2017 JJ Johnson Jazz Trombone Competition!

Tom will travel to the University of Redlands for the competition finals. This is part of the four day International Trombone Festival June 28 – July 1 2017.

On 30 June 2017 Tom will have the opportunity to rehearse with a rhythm section provided by the Festival, before performing later that day in front of the three judge panel that assessed the original entries. The winner of the competition is awarded an Edwards Trombone and the opportunity to perform with the Festival guests at a concert that evening.

Tom Voss is currently an Honours student with the Elder Conservatorium of Music, studying Jazz Trombone.

Tom’s lecturer Alex Taylor says that Tom has proven himself an outstanding student throughout all areas of the jazz course, and is quickly becoming a reputable performer throughout the professional music scene.

“We are incredibly proud to have Thomas represent the Elder Conservatorium of Music at an international level, and wish him all the best in the finals, and beyond!”

This entry was posted in Awards & Achievements, News and tagged elder conservatorium. Bookmark the permalink.