Incumbent executives rejoice. New evidence reveals they are no longer ‘left behind’ financially when colleagues job hop to another company. Quite the contrary. Dr Jane Luo, ABS’ finance lecturer, co-authored a research report published in the Journal of Accounting and Economics, revealing the hidden reward of job hopping on incumbent executives: a significant rise in pay.

Until now, the effect of the managerial labour market on executive compensation has been under-explored, and a little like looking into a black hole, given the confidentiality of executive recruiting. So Dr Luo, along with colleagues from Singapore and South Carolina studied 510 executive job hopping events from 1993 – 2013 to shed more light on the subject. 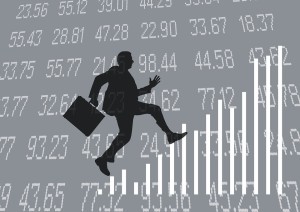 When a colleague job hops, this can result in a pay raise for the executives left behind

In fact, it seems firms rely on substantial equity-based compensation increases to achieve greater retention of incumbent executives. And it works. Exceptionally well. “We found that pay raises are associated with reduced incidences of job hopping by remaining executives, which suggests that the raises in pay help to prevent managers from moving to other firms,” says Dr Luo.

And there’s more great news for incumbent executives. The more mobile they are in the job market, the more senior the executive who job hops, and the higher position and/or greater compensation job-hoppers receive on moving, the more aggressive the pay rise the remaining executives will receive.

Plus, job hopping events benefit executives working for companies who underpay relative to industry peers because they match up to their rivals in executive compensation packages by the following year. As Dr Luo comments, “We found that executive compensation in job-hopping firms was not as competitive as their industry peers in the pre-hopping period, but this pay deficiency largely diminished in the post-hopping period.”

So, incumbent executives have everything to look forward to when colleagues job hop: a significant pay rise in the post hoping period and a positive way to keep low paying employers in check by ensuring executive remuneration packages are adjusted to equal industry peers. On the flip slide, employers can also take heart: even when senior executives job hop, delivering a substantial pay rise to incumbents helps to retain those valuable remaining executives they really can’t afford to lose.