Code ownership is a common practice in large, distributed software development teams. It is used to establish a chain of responsibility (who to blame if there is a problem) and simplify management (to whom a task or bug-fix should be assigned). A simple intuition for estimating code ownership is that the developer who has written majority code to a module should be an owner of that module. Moreover, prior research found that a module with weak code ownership (that is written by many minor authors) is more likely to have bugs in the future.

Nowadays, development practices are more than just writing code. A tool-based code review process has tightly integrated with the software development cycle. Recent research has found that in addition to a defect-hunting exercise, reviewers also help an author to improve the code changes. Then, these code writing and reviewing activities are orthogonal: teams can have a developer who reviews a lot but writes little and vice versa.

The preprint of the corresponding paper is available here.
This is a cross-post from IEEE Software Blog.

Code reviewers are the majority of contributors in a module

We found that the developers who did not previously write any code changes but only reviewed code changes are in the largest proportion of developers who contributed to a module (67%-86% of contributors in a module at the median). Moreover, 18%-50% of these review-only developers are documented core developers of the Qt and OpenStack projects. These findings suggest that if a code ownership estimation considers only code authoring activities, it is missing many developers who also provided reviewing contributions to a module.

We observe the amount of code authoring and reviewing contributions that developers made to a module and classify two levels of expertise i.e., major and minor levels in each dimension (see the figure below). 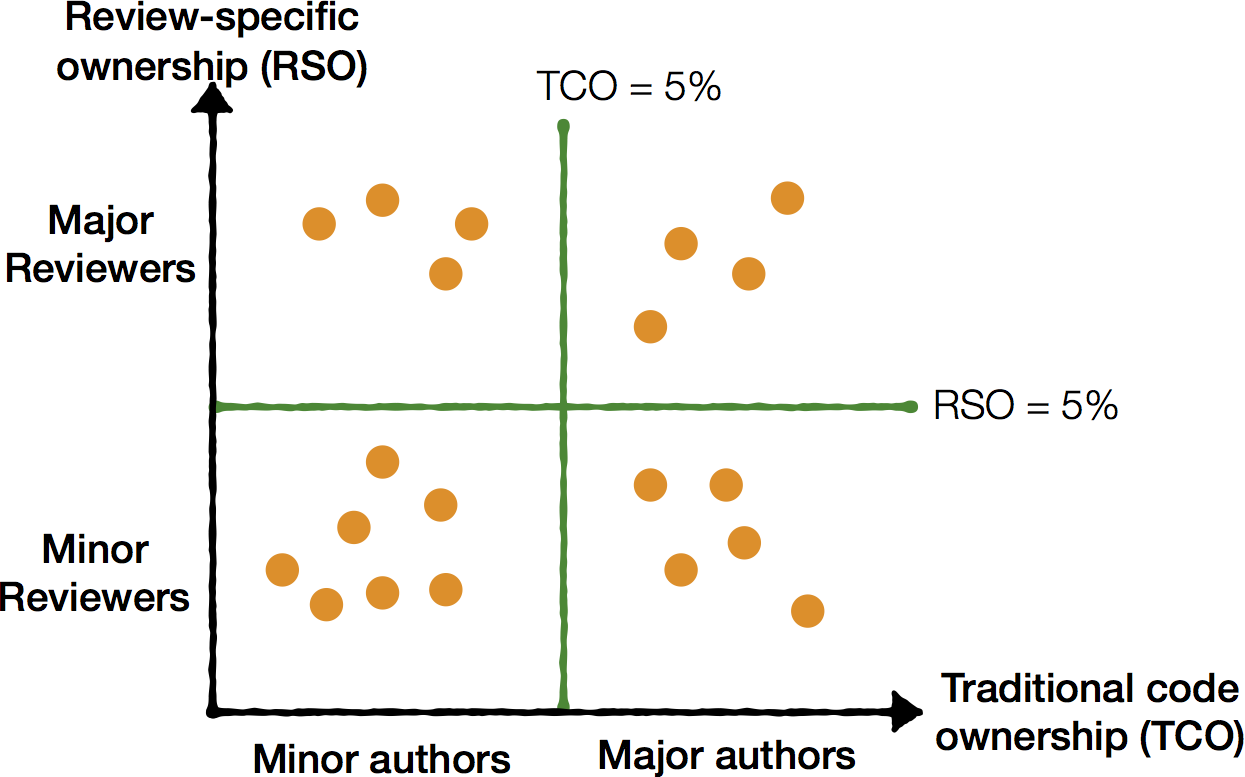 Traditional code ownership (TCO) is solely derived from code authoring activities while review-specific ownership (RSO) is solely derived from code reviewing activities. The interesting part of this figure is the minor authors since these developers were classified as low-expertise developers.However, we found that 13%-58% of minor authors are major reviewers who actually reviewed many code changes to a module. This finding suggests that many major developers who actually make large contributions to modules by reviewing code changes were misclassified as low-expertise developers according to their low code authoring activities. 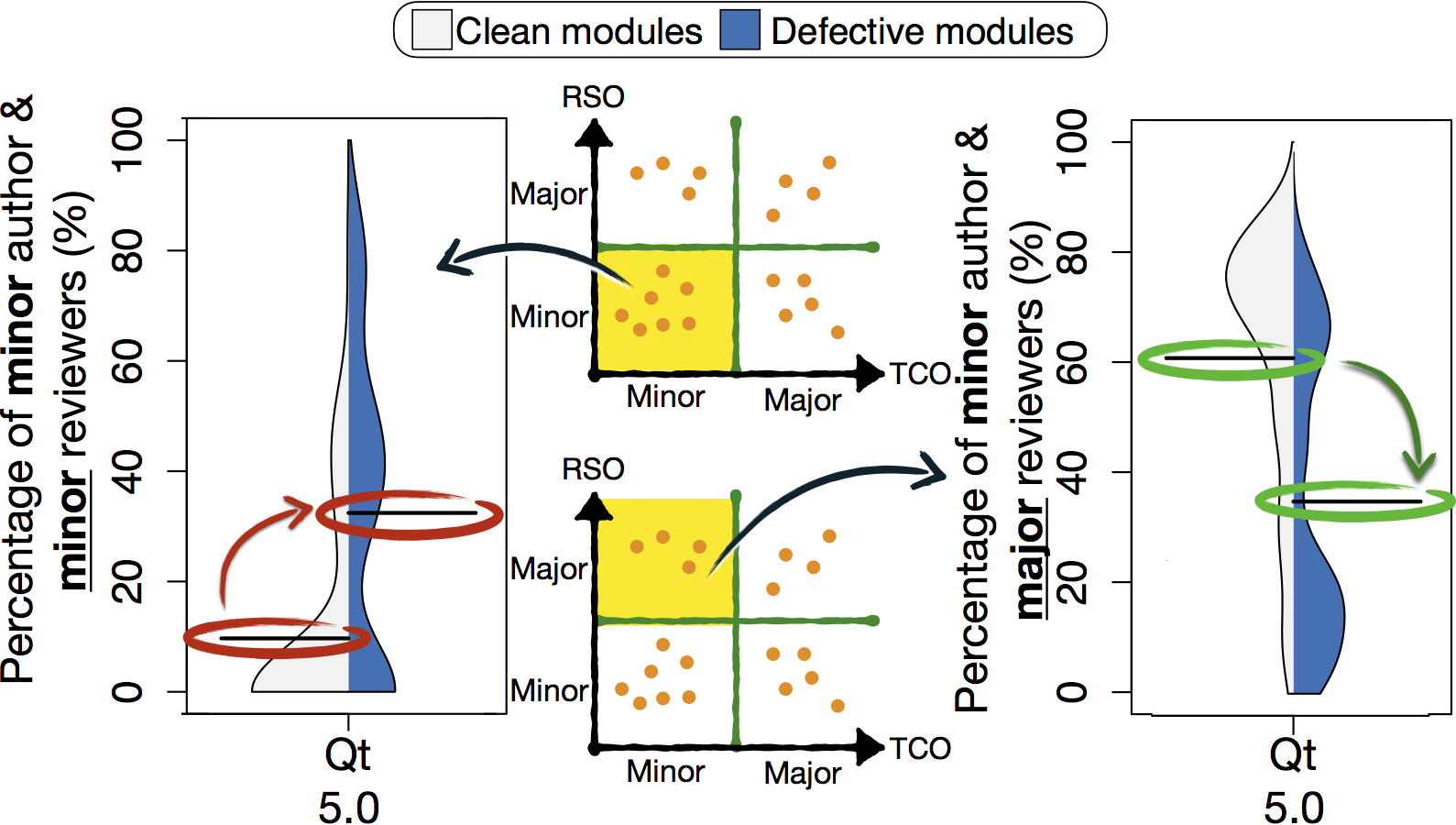 Results of our publication at ICSE2016 lead us to believe that code reviewing activity captures an important aspect of code ownership. Therefore, future estimations of code ownership should take code review activity into consideration in order to accurately model the contributions that developers have made to evolve software systems. Such code ownership estimations also can be used to chart quality improvement plans. For example, teams should apply additional scrutiny to module contributions from developers who have neither authored nor reviewed many code changes to that module in the past, while a module with many developers who have not authored many code changes should not be considered risky if those developers have reviewed many of the code changes to that module.

This entry was posted in Publications, Research. Bookmark the permalink.