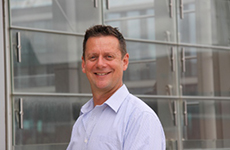 entre for Visual Technologies) has elected as a Fellow of the Australian Academy of Technological Sciences and Engineering (ATSE).

ATSE is an independent body of more than 800 Australian scientists and engineers seeking to enhance Australia’s prosperity through technological innovation. Founded in 1976 as one of Australia’s four learned Academies, ATSE was originally established as the Australian Academy of Technological Sciences. In 1987, it was renamed to incorporate Engineering – and soon became known in its current abbreviated form.

ATSE Fellows are some of the most influential names in technological sciences and engineering. They’re an important group of people – one that’s been responsible for a number of key technological advancements over the past 40 years.

This entry was posted in Computer Science, News. Bookmark the permalink.