The Don Dunstan Foundation is proud to announce the live music residency of Thinker, Martin Elbourne.

The residency will be run under the auspices of the Don Dunstan Foundation and is dedicated to building Adelaide’s brand as a vibrant music capital.

Mr Elbourne has broad experience as a live music promoter and as an organiser of major festivals, such as Glastonbury and WOMAD. More recently he developed the Great Escape in Brighton, M for Montreal in Canada and NH7, India’s new leading music festival. He knows the business of live music and his presence will energise and inspire the good will for new collaborations and creative endeavour.

Mr Elbourne’s strong background in working with communities around the world to build environments in which live music can thrive and be sustained over time will be pivotal in his work in Adelaide. Venue owners, training organisations, musicians, regulators, councils, government departments and related organisations will be consulted and given the opportunity to work together to transform the live music scene.

Dan Crannitch of local band Leader Cheetah will be working with the Don Dunstan Foundation throughout the residency. Mr Crannitch works in the live music scene in Adelaide in many capacities, including performing, live music venue bookings, development of emerging musicians and promoter. He said “I live and breathe music, and have a huge love of Adelaide” and “Martin Elbourne’s residency is an incredible opportunity for the state to draw on his deep experience and expertise and will no doubt bolster and empower the city’s live music scene”.

Don Dunstan Foundation Chair of Trustees Dr Lynn Arnold AO, said the Don Dunstan Foundation believed creating a vibrant music community aligned well with the values and legacy of the late Don Dunstan. “This is particularly salient in a year that marks the 40th anniversary of many of the arts institutions which he founded. It also offers many opportunities to further the Foundation’s social justice and human rights agenda,” Dr Arnold said.

The Foundation welcomes Mr Elbourne’s residency and is confident it will act as a uniting and positive influence on the community.

A new website dedicated to the live music residency is being developed so watch this space! You can also SUBSCRIBE to stay in the loop for ways to get involved. 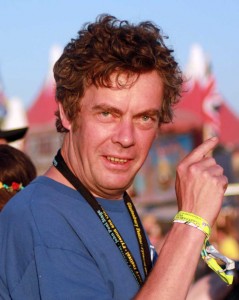