1910 was an historic moment in the history of the Labor movement in South Australia – and indeed the world – when a majority Labor Party government was elected for the very first time, with John Verran as Premier. This talk charts the varying fortunes of Verran’s government from election to defeat in 1912, highlighting in particular the role of the Legislative Council in opposing social democratic policies. It also sketches Verran’s increasingly fraught relationship with the wider Labor movement, especially the trade unions. 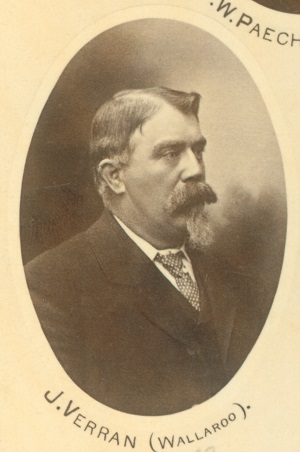 As Professor of Cornish & Australian Studies, Philip Payton is acknowledged as a leading specialist on Cornish emigration history. His book The Cornish Overseas: A History of Cornwall’s Great Emigration (Cornwall Editions, Fowey: 2005) remains the standard volume on the subject. His most recent book Regional Australia and the Great War: ‘The Boys from Old Kio’ (University of Exeter Press: 2012) is an in depth examination of the wartime experiences of one Cornish emigrant community, and complements his Making Moonta: The Invention of ‘Australia’s Little Cornwall’ (University of Exeter Press: 2007).

Philip is currently President of the British-Australian Studies Association, and is Director of the Institute of Cornish Studies, which is co-founded by Cornwall County Council.

This entry was posted in Blogs, Events, Labor History, News. Bookmark the permalink.