Announcing the winners of the Australian eChallenge France

Student teams represented their home universities and business schools from Châlons-en-Champagne, Lyon, Nice, Paris, Strasbourg and Troyes. In total, 101 students across 30 teams competed in the Australian eChallenge France, with the winning teams earning more than $97,000 in prizes.

“We’ve been very impressed with how the eChallenge event has transferred so seamlessly from Australia to France, and with the calibre of the student teams. The success of this French event is something we hope to replicate in Hungary later this year, and we will consider opportunities to further expand the competition in Europe,” Professor Lindsay says.

The winning team from the Australian eChallenge France was GetMySpace (Yann Rousseau and Benjamin Saudreau, from Arts et Métiers ParisTech). Their business concept uses low-cost, trusted and independent agents to confirm that details of overseas accommodation match up to online advertising, offering peace of mind to students planning to leave their country on exchange before arriving at their planned destination.

The GetMySpace team has won prizes valued at more than $70,000. This includes $10,000 in cash and $50,000 of furnished office space and mentoring for one year at the University of Adelaide’s ThincLab business incubator. 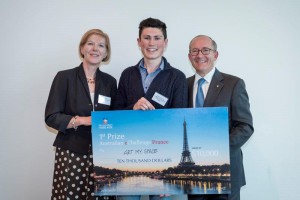 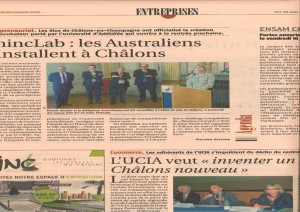