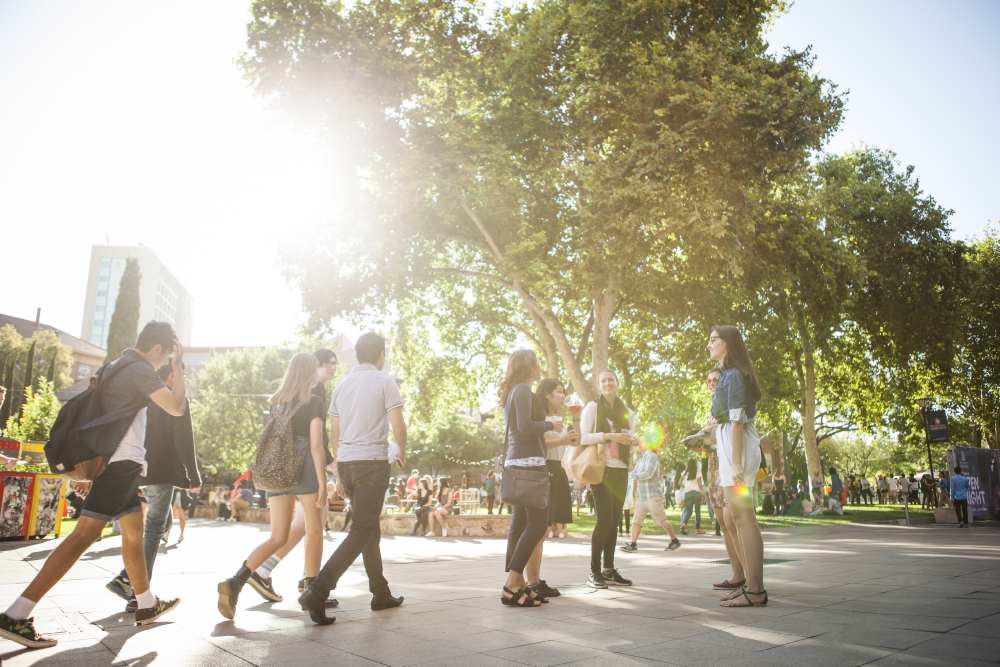 Accelerating Entrepreneurship Adelaide will support the launch activity by Brand South Australia of Entrepreneurs Week 2017 and will run as an additional and optional event in Adelaide’s Convention Centre from 1pm to 4:30pm on Monday 3rd July 2017. The event will be free to all those attending and will be promoted through a number of online and social media networks to reach a broad spectrum of potential participants from the general public, entrepreneurial, business, government and academic communities. Attached is a draft program outlining the event and the two concurrent streams.

If South Australia is to emerge from the manufacturing decline to see a bright future in new industries, perhaps some yet to be imagined, then we will need to have our state functioning to produce entrepreneurs at their best. Join the discussion with key city and state entrepreneurs, the G20 Young Entrepreneurs’ Alliance and the ECIC team to explore what we are doing and what we need to do better.

The event will focus on uncovering approaches that entrepreneurs use to succeed in the market that may be applicable more widely to support efforts to achieve low carbon outcomes across the city and the State. Responding to climate change is both one of the greatest and most complex challenges humanity has faced and also the greatest market failure we have experienced. Both provide a fertile ground for entrepreneurs such as Elon Musk and numerous renewable energy industry leaders however in order for society to respond more widely it is time to share the entrepreneurs secrets and find ways to apply them at scale!

Kirk Drage is CEO of LeapSheep and Adelaide Smart City Studio’s entrepreneur in residence. Kirk has worked on several Asian based start-ups, most notably 3D Video Analytics & IoT success story Vadaro.  His responsibilities included building global market traction with customers and technology partners, and establishing operational headquarters in Silicon Valley, California.
Kirk spent over a decade at Microsoft in various roles and ultimately as Head of Entrepreneurship & Innovation for Asia.  During this time Kirk was responsible for 20 Microsoft Innovation Centres (Industry, Government & Academic partnerships) across the region in both developed and developing Nations.  Kirk also led Venture Capital Relations and Microsoft’s start-up program – BizSpark.  Kirk’s multi country team recruited over 8,000 start-ups across Asia in the first year alone, where he travelled extensively as an event speaker, coach/mentor and lecturer/judge for various incubator and accelerator programs.
Kirk’s broad functional expertise and global experience has perfectly positioned him to purse his passion…accelerating the abilities of entrepreneurs and business leaders to build value and valuation in their companies.

Stephen Yarwood is the former Lord Mayor of Adelaide, Australia and a well-known and respected contemporary Urban Planner who consults internationally on urban futures, innovation and change in cities.
His expertise lies in urban governance, city strategy and policy, smart cities and urban transformation. He has broad and practical knowledge of the driving forces, trends, issues and opportunities associated with technology and its relationship to best practice urbanism, governance, infrastructure and community development.
Stephen has worked, researched and attended events throughout Australia and in New Zealand, Taiwan, Europe, the Middle East, China, India and the USA.

Sarah Agboola is an entrepreneur passionate about the facilitation of ideas and opportunities. She is the co-founder of m-Time, a start-up dedicated to supporting busy parents, and speaks regularly about diversity in business and career pathways for young people. Sarah fell into entrepreneurship after attending a start-up bootcamp held by The University of Melbourne and never looked back. Since then, she declined her offer for law school, has been awarded over $40k in scholarships and grants to support her study of entrepreneurial practice, and has led two youth engagement initiatives which reached more than 2000 young people on a daily basis. Sarah currently serves as the Australian Sherpa for the G20 Young Entrepreneurs Alliance and is on the board of directors at the Foundation for Young Australians.

Ben Samy, Manager, Commercialisation & Entrepreneurship, Office of Science, Technology & Research, Industry, Innovation, Science and Small Business Division, Department of State Development
Ben Samy has spent several years working in public policy, focused on industry and economic development.  Starting his career in the State’s Economic Development Authority, Ben has undertaken a range of analytical and policy development roles across industry vertical such as defence and automotive, to State-wide policies on manufacturing, and science and technology.
Ben has a particular interest in innovation and entrepreneurship policy and strategy to support the translation and commercialisation of ideas into the next generation of high-growth South Australian companies.  Ben is currently involved in the establishment of the $50m SA Venture Capital Fund and is working to ensure South Australia has a strong pipeline of entrepreneurs and startups aiming to build scalable global companies.

Dr Charlie Hargroves is a dedicated, passionate, and collaborative action researcher and consultant focused on making a contribution to the world’s sustainability transition. Charlie has worked with many of the world’s leading sustainable development experts over the last 15 years and has made a strong contribution to the field through his writing, consulting, and public speaking. Charlie has co-authored 5 international books (currently selling over 85,000 copies in 6 languages), numerous chapters and papers, and delivered over 50 keynote presentations and guest lectures around the world. The first book won the Australian Banksia Award for Environmental Leadership, Education and Training in 2005, and the two released in 2010 were ranked among the ‘Top 40 Sustainability Books’ in the world that year by the Cambridge Sustainability Leaders Program (with ‘Cents and Sustainability’ ranked 5th and ‘Factor 5’ ranked 12th).
Charlie works on a number of national and international projects focused on understanding how to achieve greater sustainability outcomes, in particular those related to the low carbon transition. Charlie is a full member of the Club of Rome and a member of the Decoupling Working Group of the UN International Resource Panel. Charlie has a PhD in Carbon Structural Adjustment and is a Senior Research Fellow at the Curtin University Sustainability Policy (CUSP) Institute, working with Professor Peter Newman, and is the Sustainable Development Fellow at the University of Adelaide.

Daniel Conley is a PhD Student focused on how an entrepreneurial approach taken across industry, government and civil society can accelerate a low-carbon transition in the built environment given the rapid rate at which our cities are growing. Daniel is the Founding President of the Adelaide Sustainability Association, an inter-disciplinary group of over 750 members comprised of students, industry, government and academics focused on progressing integrated economic, social and environmental solutions for our city and state.
Daniel undertakes research to support the work of the Sustainable Built Environment National Research Centre (SBEnrc) through Curtin University, and also tutors corporate courses in the Middle East and academic courses at the University of Adelaide with Dr Charlie Hargroves. I am one of two inaugural South Australian recipients of the prestigious Westpac Future Leaders Scholarship.

Jenny is the Managing Director of the award winning solar company, Suntrix. Since starting the business in 2009, Jenny has grown Suntrix from the kitchen table into a multi-million dollar company. Jenny’s focus is to provide the most efficient, value for money energy systems on the market today, with emphasis on expert advice, consultative-based selling and great customer service.
Prior to establishing Suntrix, Jenny worked in management roles, predominantly in the library and software industries. Jenny worked in local government and also for international companies, providing training to staff and customers and high level support to both internal and external customers.
Suntrix was awarded the Telstra SA Business of the Year and the Telstra SA Medium Business of the Year in 2013. In July 2014, Jenny won the Ernst and Young Entrepreneur of the Year Award (Emerging Category) for the Central Region. Jenny is member of the Clean Energy Council (CEC) PV Leadership Committee and a board member of Cure4CF Foundation.

Garth Heron is Head of Wind Development for Neoen Australia and holds responsibility for the company’s wind energy portfolio across the region. Garth has over 12 years of management, banking, technical and construction experience in the wind energy industry and has made substantial contributions to wind power projects and transactions across China, Australia, India, South Africa, Latin America and USA. Garth’s previous roles include Vice President for Renewable Energy at Macquarie Bank based out of Hong Kong, Director of International Business Development for Goldwind (China), and General Manager of Windlab (Australia). Garth was also one of the founding members of Roaring 40s, an Australian based wind developer that completed approximately 1000MW wind power projects across Australia, China and India.

This entry was posted in Entrepreneurship, Events, Innovation. Bookmark the permalink.