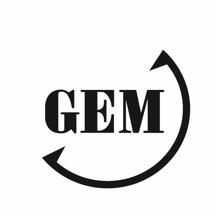 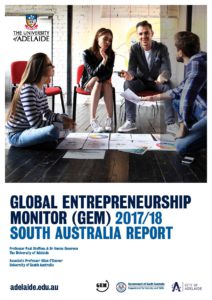 We heard from a panel of experts on the current state of entrepreneurship in the state.

“It usually surprises people when they hear just how entrepreneurial Australia is compared to other countries,” says lead author Professor Paul Steffens from the Entrepreneurship, Commercialisation and Innovation Centre (ECIC) at the University of Adelaide. The GEM report showed that South Australia outperforms most other developed economies on indicators relating to the quality and economic impact of our business start-ups.

Mitchell Stapleton-Coory is the CEO and co-founder of Bellr and says living in South Australia has made his entrepreneurship easier. “My impression is that SA is a great launch pad for young founders,’’ he says. “The cost of living is manageable and there are many great initiatives that are geared towards supporting young people to start a business. But, most importantly, I believe we’re seeing a shift in the zeitgeist that has brought startup culture into the mainstream.”

Minister for Innovation and Skills, David Pisoni, says the GEM report confirms the importance of state government support for entrepreneurship. “The Marshall Liberal Government recognises that investing in entrepreneurship plays a strong role in economic growth and this report is a useful tool for identifying specific areas of opportunity, such as developing initiatives to support greater diversity and inclusion in our entrepreneurial ecosystem,’’ Minister Pisoni says.

“The initiatives we’re delivering to build a stronger entrepreneurial ecosystem in South Australia are building towards our goal of becoming the nation’s startup capital.
“They include the establishment and activation of a world class innovation and startup hub (FIXE) at Lot Fourteen, appointment of a Chief Entrepreneur, Jim Whalley, and the Entrepreneurship Advisory Board, and introduction of the Supporting Innovation in South Australia (SISA) migration visa — which actively brings seed stage startups to our state to develop their ideas.” Professor Steffens says, while South Australia rates well on many indicators, there is still work to be done.

“South Australia lags behind Australia on some key indicators as a whole and has some work to do to catch up,’’ he says.
“Overall rates of entrepreneurship are lower in SA (9.1 percent) compared with the rest of Australia (12.2 percent). This said, SA still ranks #9 of 24 developed economies in the study.

More information about GEM can be found at www.gemconsortium.org.