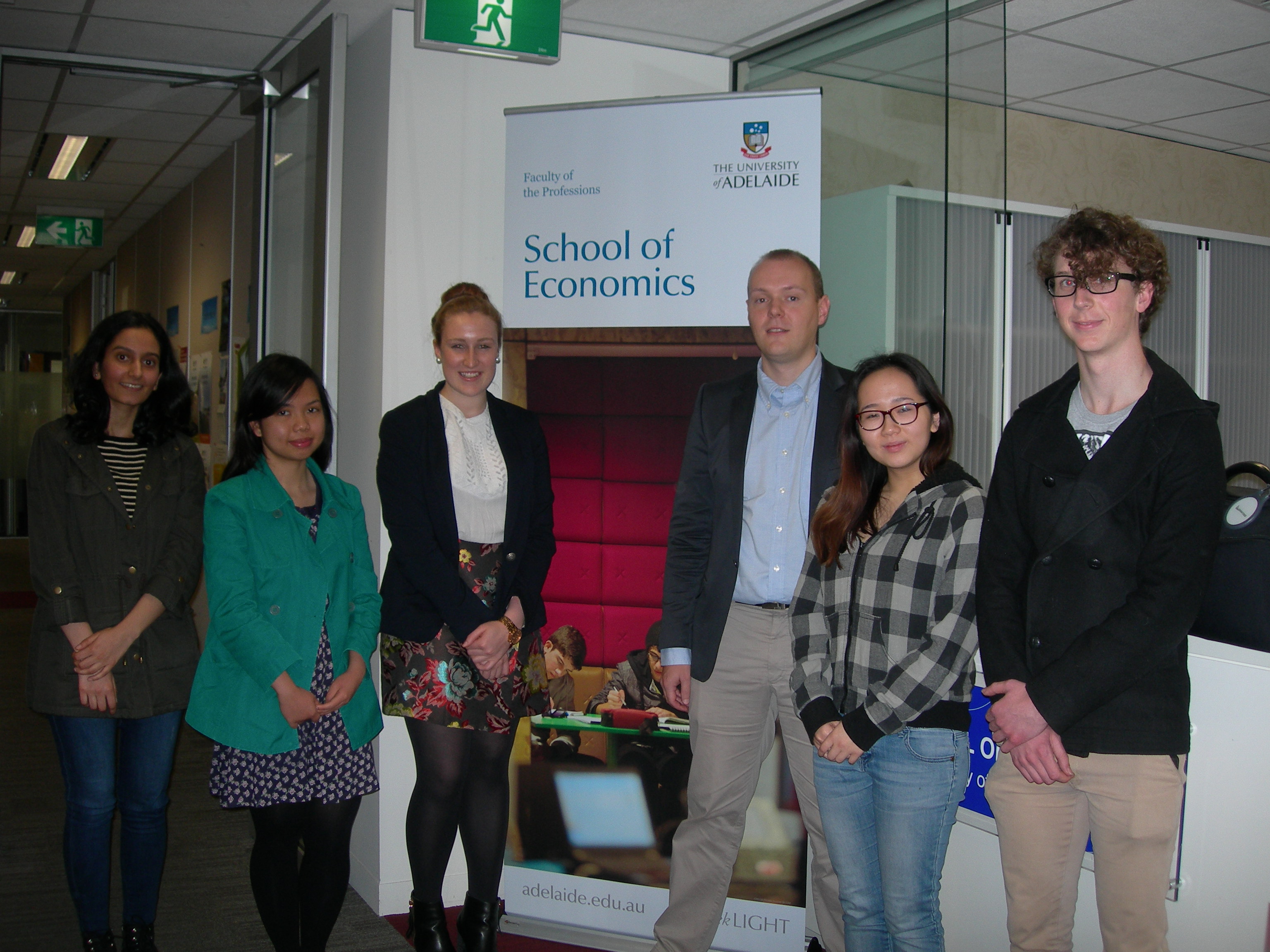 Students studying the Bachelor of Economics (Advanced) are frequently given the opportunity to network with some of the School of Economics’ distinguished visitors.

On Tuesday September 16th, University of Adelaide alumnus and Director of Investment Banking at UBS, Christopher Koch, joined a small group of Economics (Advanced) students to share the role of economics in his career. Studying Economics and Law with Honours the University of Adelaide from 2002 to 2006, Christopher began working in investing banking in 2007. He later studied his Masters in Finance at INSEAD.

He now works in M&A at UBS and spoke to us about the relevance of economic concepts and skills in many of these transactions. This included macroeconomic forecasting and interpretation of trends to identify optimal market conditions and appeal to both sellers and buyers. He also discussed the benefits of listing companies on international stock exchanges to benefit from property right security – one of the most important foundations for economic growth.

Christopher discussed graduate jobs with us and explained key factors employers look for, as well as the importance of selecting the right time to enter the jobs market. For example, he started working in 2007 when the investment-banking environment was very favourable, but post-GFC it was significantly more difficult to find employment. He recommended looking at further study or an honours year if we found ourselves in such a position, in order to best place ourselves for graduate jobs.

It was an enjoyable and useful talk and it was great to hear about the benefits of studying economics. Even though Christopher is not working as an economist, he believes that economics is still the most useful element of his studies, and that it gives him an edge in his finance work.

As many of us are still studying the more theoretical concepts in first and second year economics, it was fantastic to hear about real-world application of economic theory and the many and varied graduate opportunities that await us.

This entry was posted in Study and tagged Bachelor of Economics Advanced, Christopher Koch, School of Economics. Bookmark the permalink.