“Rethinking the Role of Government for Progressive Social and Economic Reform: The Case of the Income Contingent Loan”

The School of Economics was very pleased to host Professor Bruce Chapman for the 2015 Joseph Fisher Lecture. Professor Chapman, also known as the architect of the HECS system discussed the rationale of income contingent loans and how they could be applied to other social and economic reform issues. Bruce’s charismatic presentation was very engaging, and in line with the sub-title of his talk, had the audience laughing along with his amusing anecdotes as he described his “journey of a naive academic economist”. Click here to view video.

More information: Bruce is a Professor of economics at the Crawford School of Public Policy at the Australian National University. He has a PhD from Yale and over 200 journal publications in education and labour market economics. He designed the Higher Education Contribution Scheme (HECS), was a principal advisor to Prime Minister Paul Keating and received an Order of Australia in 2003 for contributions to economic and education policy. In 2015 he was given the Economics Society of Australia Distinguished Fellow Award and has been described as a “National Living Treasure”. 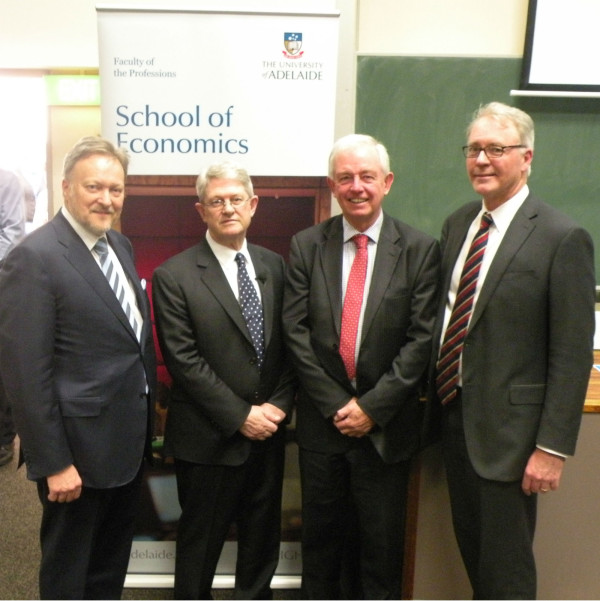 This entry was posted in Events and tagged Fisher Lecture, HECS. Bookmark the permalink.