The School of Economics warmly invites alumni, colleagues and all members of the general public to the 2016 Fisher Lecture presented by Professor John List, Chair of the world-renowned Department of Economics at the University of Chicago. Professor List is an expert on experimental economics. His research has generated valuable insights into a wide range of issues, including charitable giving, education, environmental economics, neuro-economics and youth violence.

About the Guest Speaker: 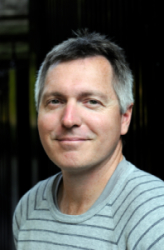 John List received his PhD from the University of Wyoming and is currently the Chairman and Homer J. Livingston Distinguished Service Professor of the Department of Economics at the University of Chicago. List has been at the forefront of environmental economics and has served as senior economist on the President’s Council of Economic Advisers for Environmental and Resource Economics. He is best known as one of the world’s leading experts on experimental economics. List has pioneered work using field experiments in which he developed scientific methods for testing economic theory directly in the marketplace.

He received the Kenneth Galbraith Award in 2010 and the 2008 Arrow Prize for Senior Economists for his research on behavioural economics in the field. His work has provided insight on such issues as pricing behaviour, market structure, the valuation of non-marketed goods and services, the impact of environmental regulation, the economics of charitable giving, and the impact of incentives on education and weight loss. List recently wrote international best seller “The Why Axis: Hidden Motives and the Undiscovered Economics of Everyday Life,” co-authored with Uri Gneezy. In the fall of 2014, Professor List was presented with an Honorary Doctorate from Tilburg University for his contributions to the science of economics.