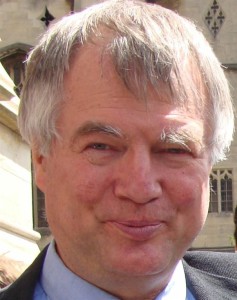 Harcourt Lecture to be given at Adelaide University, 29 September 2016

The ending of the global boom in primary commodity prices is leading to a significant macroeconomic rebalancing of the Australian economy. This is being implemented in a surprisingly effective manner, especially when compared with what is happening in Brazil, South Africa and Venezuela. In this lecture, Professor Vines will argue that such a relatively smooth process has been made possible by the strong set of macroeconomic policy-making institutions which have been developed in Australia over the course of more than a century. His lecture will have three parts. He will begin with a discussion of the great post World War 2 Reconstruction Project of the late 1940s, led by the “Seven Dwarfs” and their colleagues in Canberra, who invented Australia’s notably original form of open-economy Keynesianism, and used it to replace the gold standard that had been operating since soon after Federation. Vines will then analyse how the Hawke-Keating reforms of the 1980s overturned two further post-Federation legacies. Australia’s unique system of protectionism (“protection for everybody”) gave way to the liberalising influences of the Productivity Commission; and the Australian system of centralised wage-fixing was replaced by inflation-targeting, administered by the Reserve Bank. Thirdly, Vines will describe the important reforms, undertaken over the past 30 years, which have greatly liberalised the Australian financial system, as compared with what was in place a hundred years ago. He will then analyse the rather skillful way in which the Reserve Bank has dealt with the macroeconomic implications of these reforms. It is the overall development, over the past century, of the set of policymaking institutions which will be described in this lecture, that has made possible the policy of macroeconomic adjustment which is now being carried out in Australia.

REGISTER FOR THE EVENT HERE!