Ray Lewis worked for the School of Economics for around twenty years.

Following his passing earlier this year the School felt that an appropriate way to honour Ray’s contribution to the School would be to endow a prize in his name for one of the subjects to which he contributed so much. Ray had a particular affinity for maths and members of the School felt a prize for the first year subject, Mathematics for Economists I would be appropriate. Members of the School made donations totalling over $1800 to introduce the new prize; the following rules are hereby made: 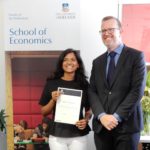 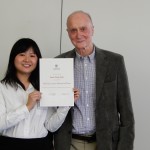 This entry was posted in Prizes. Bookmark the permalink.